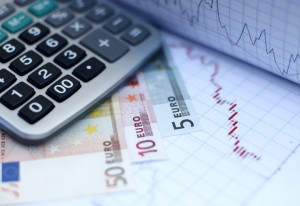 The United Kingdom, Germany and France were the most active countries for investors during July, with U.K.-based startups leading the way. A total of 22 U.K. companies raised capital during the month, That’s nearly one-third of all venture deals that took place during the month, according to Thomson Reuters data.

In all, 72 European companies raised about 474 million euros ($630 million) during the month from U.S. and European investors.

The largest investment on the European continent occured in France, where BlablaCar.com, an operator of a car sharing service that connects drivers who have empty seats with people looking for a ride, raised more than 73 million euros from Accel Partners, Lead Edge Capital, Index Ventures and Isai Gestion SAS.

Accel and Index also teamed up to back Funding Circle, a U.K.-based online lending company that raised 48 million euros. Other investors in the round included U.S.-based Ribbit Capital and Union Square Ventures.

In all, Index showed up in five deals in the month. The other three included Autobutler ApS in Denmark and Credit Benchmark and Sourceable, both U.K.-based.

Another active investor was Highland Capital Partners, which backed four deals across the continent: eGym GmbH in Germany; Social Point SL in Spain; and GetYourGuide AG and Sophia Genetics SA in Switzerland.

To see the list of European deals in May, click on the link under Tables at right.

The table “Deals: Europe” is a compilation of venture capital transactions involving European-based deals announced in July 2014 and based on Thomson Reuters data.

The listings are sorted by nation.