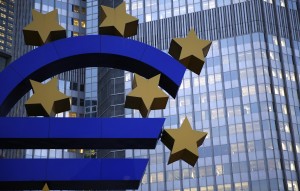 One of Europe’s wealthiest family offices has abandoned a sale of an estimated $400 million of private equity fund stakes due to underwhelming bids, sources told affiliate publication peHUB.

Bregal Private Equity Partners, which is controlled by the Brenninkmeijer family, founders of the C&A clothing chain, was reported to be touting LP interests in more than 20 pre-2008 vintage funds.

Deal volume in the secondaries market reached about $20 billion in the first half 2014, with fund stakes trading near to 100 percent of net asset value.

Bregal was thought to be seeking to clean up its portfolio by offloading older funds, and had appointed Evercore Partners to manage the sales process.

Putting that money to work is becoming a priority for investors, 39 percent of whom cited fees for un-invested capital as an area of concern, compared to 6 percent in a similar Preqin survey a year ago.

Fees in general remain LPs’ principal bugbear, although almost two-thirds still agree that their interests are aligned with those of their GPs.

A full understanding of a fund’s terms and conditions has contributed to this, as a majority of respondents said they sometimes abandoned commitments to managers with unfavourable clauses.