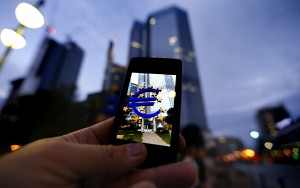 Despite signs in the past year of improving relations between GPs and LPs, communications from fund managers remain woeful, according to most private equity stakeholders.

A survey of 300 PE websites by London-based Pivot Partners found that most displayed no direct contact details for investment staff, and only a quarter showed contacts for communications officers.

That annoys investors as well as journalists, and a hefty majority of the 135 LPs surveyed rated fund communications as poor.

LPs also bemoaned the scarcity of online portals dedicated to them, a service that less than half of GPs offer. Buyout managers have also been slow to embrace social media, especially Twitter and Facebook, where most have no presence at all.

Overall, half of European and two-thirds of American GPs failed Pivot’s transparency test.

Low government bond yields are driving insurance companies back to the private equity market, despite new financial regulations which many believe have dampened their appetite for the asset class.

More than half of 206 insurers surveyed by asset manager Blackrock said that they intended to increase private equity investment, both to chase higher yields and to reduce the balance sheet volatility associated with more liquid assets.

It remains unclear how much regulations such as Solvency II have contributed to a decline in insurance company commitments to private equity following the financial crisis.

While regulatory uncertainty is thought to have caused some insurers to avoid higher-risk investments, the European Private Equity and Venture Capital Association has argued that the biggest insurers would be unaffected by Solvency II, which is due for implementation in 2016.

The European Bank for Reconstruction and Development (EBRD) has built on its relationship with Baltcap by committing up to €20 million ($27 million) to the Tallinn, Estonia-based firm’s second private equity fund.

Baltcap had already received a €20 million commitment from the Baltic Innovation Fund in the summer, and is now closer to a €100 million target for its new generalist fund, which will buy into companies worth €5 million to €40 million.

The EBRD, also an LP in Baltcap’s 2008-vintage,  €63 million private equity fund, said that its fresh commitment was part of a new “integrated” approach to developing venture capital and private equity in the Baltic region, where the bank has invested €1.7 billion ($2.3 billion) since 1991.

Baltcap was spun out of Finnish private equity firm Capman in 2007.

Dutch pension funds and insurance companies have backed a new initiative to support small and medium-sized businesses in developing countries.

The SNS FMO SME Finance Fund is the brainchild of FMO, the Netherlands’ development finance organization, and Utrecht-based SNS Asset Management, and will direct its investments mainly via local banks.

The fund will target sectors including agribusiness, retail and transportation, and aims to generate returns and have a positive social impact.

“It helps that the management fee and additional costs of the fund are relatively low,” said Theo Brouwers, director of SNS Impact Investing, in a statement.