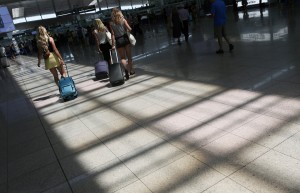 Building on his experience with T-Venture and, most recently, as a director for photo app Cooliris, Blum’s brief is to expand Active’s coverage in German-speaking countries. Much of that work will be in Berlin, where Active’s other new hire, Georg Stockinger, began his entrepreneurial career before being picked up by Rocket Internet to run its Latin American arm.

The new appointments cap a period of rapid expansion for Active, which has doubled the size of its team and upped the pace of investments in the past three years. Since 2004 the firm has invested 74 million euros ($99 million) across 23 companies, mainly in Spain and Scandinavia.

Digital-focused investor DN Capital has augmented its research capabilities as it begins to deploy its third early-stage and growth capital fund across Europe and North America.

Technology stocks analyst Peter Misek is to progress from an advisory role with the London-based firm to full venture partner status, with a brief to root out North American companies ready to push aggressively into Europe. Misek’s input has been valued by DN since it set up in 2000, particularly for his evaluations of music recognition app Shazam and enterprise software company Datanomic—two of the firm’s most successful investments.

Although Misek will shuttle between DN’s London and Palo Alto offices, his target markets will be the United States West Coast and Canada.

Dean MacKenzie has become the fourth partner at Next Wave Partners (NWP) amid a spate of promotions at the London-based growth capital investor.

Focusing on the consumer and business support sectors, MacKenzie oversees NWP’s holdings in post-production house Molinare and market researcher SPA Future Thinking. Assisting him are Ed Crossman and Jonathan Redman, who have both been promoted to investment managers.

NWP invests 2 million pounds to 10 million pounds ($17 million) in B2B, consumer and sustainability-focused business, and currently has a portfolio of six companies.

YFM attracts another 3i director

One of 3i’s portfolio director has been reunited with former colleagues from the buyout house after joining Leeds-based growth capital investor YFM Equity Partners.

Eamon Nolan was hired by YFM shortly after three managers from its Bristol office decided to launch their own firm, Technology Venture Partners. Nolan, however, will be based in London, reprising his former role as portfolio director.

YFM, which invests up to 10 million pounds ($17 million) in growth equity and small buyout deals, has tasked him with looking after its higher-value investments. Many of YFM’s senior management have long careers at 3i behind them, notably directors David Bell and Paul Cannings, who both worked closely with Nolan at his old firm.