OMERS Ventures, the VC arm of the C$97 billion ($72 billion) Canadian pension fund OMERS, is has added to its European team as it aims to build a global platform.

The firm has tapped former Uber executive Jambu Palaniappan as managing partner in London. Most recently, Palaniappan has spent the past 12 months as an executive-in-residence for the London firm Atomico. He has also been an angel investor, backing startups in various sectors in the US, Europe, the Middle East and Africa.

Before Atomico, he was at Uber, which he joined in 2012, early in the company’s formation, and helped it expand throughout the EMEA region and India over the next 18 months. He then became regional GM at Uber, overseeing Eastern Europe, Russia, the Middle East, and Africa. He later headed up Uber Eats in EMEA from its inception.

His appointment comes as OMERS Ventures has made a push into Europe, launching earlier this year a €300 million ($342 million) fund to invest in European startups.

To support its European focus, the firm also hired ex-Balderton investor Harry Briggs last year as a managing partner and Tara Reeves earlier this year as a partner.

Briggs, who joined late last year, was a partner with BGF Ventures, the early-stage affiliate of UK growth investor BGF, and a principal with Balderton Capital, a pan-European venture firm. Reeves came on board in early 2019, joining from UK seed investor LocalGlobe, where she specialized in fintech. She also co-founded car-sharing network Turo.

OMERS Ventures is an early-stage investor in fintech, proptech, insurtech, healthtech, deeptech, smart cities and the future of work.

Before launching in Europe in March 2019, OMERS Ventures in January opened an office in Silicon Valley.

Notable exits of OMERS Ventures include Shopify (which went public in 2015, now valued at $38 billion), Password Box (acquired by Intel), and Wave (acquired by H&R Block).

Investments in Europe to date include WeFox, Resi, FirstVet, and Quorso. 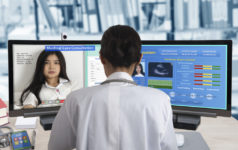 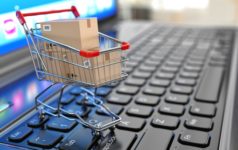 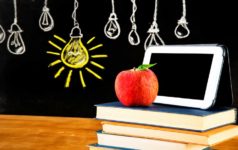