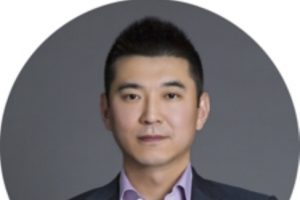 Flying in the face of a global slowdown, Chinese venture capital investments hit an all-time high in 2016, with $31 billion invested in innovative, growing businesses. Beijing venture capitalists invested more than half the total, and this steady increase in investment shows no signs of declining as the years go by, despite declines in the rest of Asia, China VC remains strong in 2017.

In fact, since the 1980s, Chinese venture capital funds have seen steady growth in line with the booming national economy. Recently, however, venture capital has reached another level. From 2006 to 2013, Chinese VC regularly accounted for about 9% of the global total, but in 2015, this figure spiked to 18%.

According to some sources, 47% of all jobs will be automated by 2034. On top of this, robots are currently being used to help us with medicine, e-commerce and agriculture. Because of this, and the promise of yet more exciting advances in the near future, eager investors are looking to back this technology. The robot market is growing at a rate of about 17% per year and is estimated to be worth $135 billion by 2019, with China set to be a huge player.

According to Forbes, “Robots are where it’s at lately in China venture funding.” Last year, China alone accounted for 35% of the world’s robot-related patent filings. Chinese investors appear passionate about this area, particularly industrial and military robotics, with Chinese investment amounting to at least $10 billion per year.

In recent years Chinese investors have become increasingly excited about the rapidly evolving area of fintech. These technology startups, disrupting sectors such as fundraising, loans, money transfers and asset management, have forever changed the way we do business.

In 2016, China and Hong Kong doubled their fintech investment, with China tripling its fintech investment to $10 billion. Since 2010, global fintech activity has grown 56% a year, with Silicon Valley, London and New York usually leading the charge in terms of innovation.

Lately, however, Asia-Pacific has become the new contender  Chinese companies are fascinated with fintech, keeping an eye out for cutting-edge solutions, such as blockchain technology. China is currently at the forefront of financial innovation, and with the country’s explosion of mobile internet activity, the field is set to become only more dynamic.

Mobile internet continues to be a booming industry

In 2015, China’s mobile internet industry was “showered with billions of dollars.” In 2017 China’s government established a $14.5 billion state fund to nurture, invest in and support internet companies. This fund is designed to help China become a major player in the internet industry. Considering the increasing speeds and endless possibilities, mobile internet and mobile technology venture capital continues to attract and retain investor attention.

Given current trends, Chinese venture capitalists are likely to continue to experiment and support emerging technologies across a number of fields, with the hope of improving not only China’s stance as a technological hub but user experience and quality of life for people worldwide.

Will Jiang is the founding partner of N5Capital, a leading venture capital firm that focuses on early-stage investments in the mobile internet industry. Will has years of experience in investment practice and is passionate about tech startups and the power of mobile disruption. Reach him at kaitlin@n5capital.com or at +86 10 6445-7337.