Of respondents to the survey, 70 percent were involved in growth investments, 57 percent in venture and 55 percent in buyout strategies.

“The entrepreneurial skillset used to run these businesses fits well within the venture capital space, enabling families to use their knowledge to further their success in the investment landscape,” Gooch said.

Family offices in the Asia-Pacific region are increasingly keen on private equity, underpinned by the large number of private enterprises in the region and the rise of the middle class, especially in China and India, Gooch noted.

“Alongside this has been a growth in the family office space in Asia-Pacific, which has further professionalized wealth management, enabling families to capitalize on the growing number of private equity opportunities,” she added.

In the context of continued heightened uncertainty about interest rates and returns, family offices are planning to invest more into alternatives and consider more hands-on approaches for the next year, the report revealed. In net terms, 39 percent plan to make more direct private equity investments, 28 percent more into fund commitments and 16 percent more into real estate, in 2020.

Family offices are mainly concerned about political uncertainty brought about by Brexit and the U.S.-China trade dispute, as well as fears of a recession.

“Who knows what will happen with Brexit, what will happen in the EU, and what will happen between the U.S. and China. There are so many open questions and this could have a dramatic impact on the market. In general, we think we have reached our peak,” one chief investment officer at a North American single family office said in the report.

Nearly half of all family offices are preparing for a downturn and re-aligning their investment strategies to mitigate risk and capitalize on more opportunistic events. To this end, more than 40 percent are increasing their cash reserves and over 20 percent are reducing exposure to leverage.

“Family offices are cautious about geopolitical tensions, and there is a widespread sense that we’re reaching the end of the current market cycle,” Gooch said in a statement accompanying the report. “While the average family office hasn’t made wholesale changes to its portfolio, many have been building up cash reserves and deleveraging their investments in anticipation of disruption ahead.” 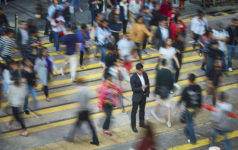 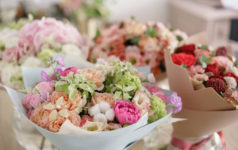 Jim McCann, who made his fortune with 1-800-Flowers, seeks innovation through family office