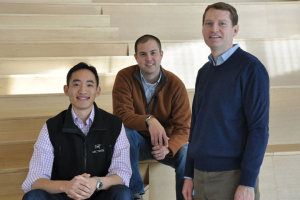 We recently completed the final close of NextView Ventures, LP and we’re excited about both our progress to date and our plans for the future.

My partners and I wanted to peel back the curtain slightly for those of you who’ve been following our progress, and also acknowledge the help and support numerous folks have provided as we got this new VC firm off the ground. NextView’s inaugural fund is just over $21 million. We’re thrilled to have among our limited partners a select group of individuals from the startup ecosystem as well as several large institutional investors (including a university endowment, a corporate pension fund, and a multi-family office). We held our initial close in March 2011 and then wrapped up the final commitments towards the end of 2011.

As many of you know, NextView is a seed-stage VC fund. We make initial investments of $250-500K in the seed rounds of software and internet startups and reserve capital for follow-on rounds. We typically lead or co-lead these seed round with other co-investors including other seed VCs, large lifecycle VC firms, and angel investors. Our portfolio has grown to 15 companies today, the bulk of which is on the US East Coast and roughly half the companies have already progressed from the seed stage to completing Series A rounds. The first of these to exit was recently announced, with Groupon’s acquisition of Hyperpublic, though most of the portfolio will continue to build for a long time. Just under half our portfolio is B2B in nature, slightly more than half is consumer-facing in some way.

In launching NextView and raising capital for this first fund, we had the privilege of meeting a lot of potential limited partners. Some said no to us for now though may track our progress for future funds, but several chose to invest in NextView now and we value their early commitment. The venture industry continues to go through a contraction and upheaval… something like 80% of all capital committed to VC in 2011 went to just 7 large funds, so raising capital for a new firm during this time posed its own challenges. As I’m fond of saying to entrepreneurs, startup fundraising isn’t about convincing the skeptics but rather finding the true believers. A startup VC fund is no different and we were fortunate to find many true believers in NextView.

There are countless folks who offered guidance, support, introductions, and help throughout the last 12-18 months as we launched NextView. These include many of our colleagues in the VC industry, folks from our prior firms, and a handful of people in the LP community who offered constructive guidance. There’s literally no way to name them all and Rob, David, and I have tried to acknowledge all of them privately (you all know who you are). We owe you and many more a debt of gratitude.

As one of our mentors is fond of saying, being a VC is easy… all you have to do is raise a fund and invest it successfully. Neither are easy, but Rob, David, and I are excited to be done with the first part and can focus our energies on creating a successful first fund and building an enduring firm around our strategy and ethos. The model’s working well so far but we know it’s very early days and the bulk of the hard work is ahead of us.

This column first appeared on Lee Hower’s blog, AgileVC. Hower is a General Partner of NextView Ventures, which he co-founded with Rob Go and David Beisel in 2010. Hower got his start in the venture business in 2005 as a principal at Point Judith Capital, an early stage firm.  He co-led the firm’s investments in FanIQ, Sittercity, and Multiply and sourced investments in Music Nation and NABsys. Prior to becoming a venture capitalist, Hower was part of the founding team of LinkedIn and served as its Director of Corporate Development from inception through our early growth phases.