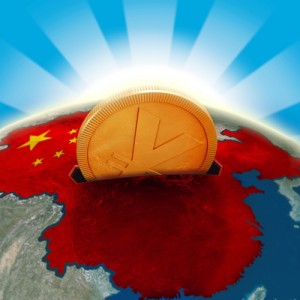 GGV Capital has been among the most active U.S. venture investors in China with roots in the market that date back 15 years.

No change appears in sight. The firm is targeting more than 50 percent of its fifth fund at Chinese startups.

One driving force behind the effort is Managing Partner Jenny Lee, who ranked number 10 on the 2015 Midas List, the best performance ever for a woman.

Lee describes the Chinese investment environment during the first half of the year as active. “I would say a 10 to 14-year high,” she said. The momentum fell substantially in the second half of the year, not surprisingly.

She said GGV’s investment thesis is focused on the mobile transformation, globalization and on technology conversions brought on by new connected devices.

VCJ recently had the chance to speak with Lee about Chinese investing. An edited transcript of the conversation follows:

Q: With the recent slowdown in the Chinese investment market, what do you expect looking forward?

A: By in large we continue to see good opportunity in the market, especially in technology-based companies. In down times. you get better high-quality entrepreneurs continuing to do their startups.

We don’t expect a lot of changes in how we make our investments. But exits may be affected a little bit because of the IPO slowdown. 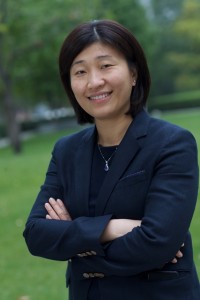 Q: You’ve been involved in China for a long time. Has your strategy evolved?

China still has a lot of room to grow. It has gone from a PC Internet-based business model to a mobile Internet business model. In our view the market potential, the new usage, means that the chance for more outlier returns is going to happen.

Q: Valuations have been pretty high. I imagine the slowing investment market has brought them down.

A: The first half was very hot. The second half of the year cooled off quite a bit. So valuations have gone the same path. They were high in growth sectors in the first half.

As we got into the second half, in some sectors they have almost come to a standstill. They’ve definitely come down.

Q: Where do you see valuations in terms of dollars?

A: I actually don’t. China is a very difficult market if you have not been early enough and have not persisted in the last 10 to 15 years to build the right team, to have the right contacts and the right networks.

To come in fresh just with capital is going to be harder and harder.

A: Absolutely. Precision manufacturing is not just in the factories, it is manifesting itself in the IoT, the Internet of things. A leader in this is the drone space. China has led the market in terms of producing and designing drones that can be used not just for defense, but for agriculture and consumer.

The largest consumer company is a Chinese company. That’s one where its not just simple manufacturing that’s a product that has a lot of technology that is integrated. Not just hardware but software, algorithm, flight control. China has been able to manufacture, design and sell those products on an international basis.

Q: Do any particular technology trends stand out for you?

A: The whole on-demand economy is a very big. It’s big in the United States. But it’s even bigger in China.

Q: What other technology sweet spots do you see in China?

A: One area is electric cars. The automotive market is the largest in China worldwide. The trend there is going toward electric cars. More and more electric cars, whether it is foreign brands or local brands, are being made and assembled in China.

The market, the ecosystem, the supply chain, if you are looking for the next cool electric car, maybe in the $10,000 U.S. dollar price point, you can find it in China. I think that is the next area where we will see some exciting innovation from a price performance perspective.

Q: How much of your investing is thesis driven?

A: We are thesis driven. Right now, where we are focused on are three major directions and strategies.

The first one is how mobile is changing the traditional verticals: education, real estate, agriculture, health care, Internet finance.

Q: When you say globalization, do you mean that you see more Chinese companies going international?

A: We bet on this 15 years ago. Today we see it coming true every day. The VC model is getting more and more global. Our portfolio companies are getting increasingly global. To be able to help them locally, but also have that global perspective, is a very important criteria for getting the deal and getting outsized returns.

Q: What about the enterprise market? In enterprise, the U.S. leads China by three to five years. But with cost and efficiency pressures on Chinese companies, increasing access to super computing and an evolving network infrastructure, do see change in the wind?

A: The whole infrastructure stack has developed to the point where it will make sense for enterprise software companies to do well in China. That is a big market.

I think in the next three to five years we will get to see some new exciting companies come out of that area.