“Keep Calm and Carry On” is a popular slogan these days.

A burgeoning industry aimed at helping people keep calm is taking off as a trio of mindfulness-focused startups has collectively raised about $48.2 million over the past 18 months.

Perhaps the highest-profile of those startups is Headspace, which describes itself as “a gym membership for the mind.”

The company generates revenue by selling subscriptions to its guided meditation app. It reportedly has about 3 million users worldwide. 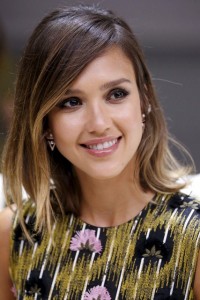 Calm.com, another popular meditation app, has raised just over $1 million in two rounds from more than a dozen investors, such as Cherubic Investors, Neon Adventures, AngelList, Launch Fund and numerous individuals, including Andy McLoughlin, now a venture partner at SoftTech VC.

The San Francisco-based startup’s app offers a series of meditations that a user can listen to along with relaxing background noise, such as rain. Similar to Headspace, the company generates revenue by charging for subscriptions to people looking for ways to de-stress or to just relax and fall asleep faster.

Los Gatos, Calif.-based Thync markets a $300 device worn on the forehead in conjunction with an app to help people calm down, or get a burst of energy, depending on their needs. It works by stimulating nerves with electricity and can controlled by a user’s phone. The company has raised $13 million from Khosla Ventures and Velos Partners.

For Advancit Capital Partner Jonathan Miller, investing in Headspace is not as much of a stretch as one might think. The former chairman of AOL Inc points out that the startup follows the digital media subscription-based model that has proven successful in such companies as Netflix.

Plus, the whole notion of mindfulness seems to be viewed generally as more mainstream these days.

“We’re seeing more interest in overall health and wellness, both on the personal and corporate side,” Miller said. “Mindfulness is a fast-adopting behavior and like many behaviors, the question and opportunity is how do you digitize that behavior?”

Headspace in particular was appealing to Advancit for a few reasons, according to Miller.

It’s easily accessible via an app. It’s progressive, allowing people to start small and build up based on their comfort level. Plus, it has an authenticity component in that it was founded by Andy Puddicombe, a former Buddhist monk.

The fact that a number of celebrities invested in the company is evidence of the growing acceptance of the field, Miller believes.

“We’re seeing that high-profile users and backers are not only participating in these activities, they are happy to be seen doing so,” he said. “In years past, they might have worried about a stigma. But people are proud to be engaged and helping people to also participate. It’s like having a guru in your pocket.”

Mary Ann Azevedo is a Texas-based contributor. She can be reached at maryannazevedo@gmail.com