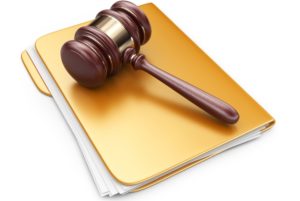 (Reuters) – U.S. securities regulators extracted a settlement from a venture capital firm on Friday, marking the first time they have filed charges over violations of “pay to play” rules designed to prevent advisers from making campaign contributions to win pension business.

The Securities and Exchange Commission said that Philadelphia-based TL Ventures Inc will pay about $300,000 to settle the case without admitting or denying allegations that it continued receiving advisory fees from state and city pension funds, even after one of its associates had donated to local political candidates.

An attorney for TL Ventures could not be immediately reached for comment.

The SEC first adopted new “pay to play” rules for asset managers in 2010, amid concerns that investment advisers were able to steer state and local pension business their way by using campaign contributions.

The rule imposes a two-year moratorium on providing advisory services to a government client or a pooled investment such as a pension after a donation is made to any candidates or other officials who are able to influence the hiring process for pension money managers.

According to the SEC, TL Ventures continued offering advisory services for a fee from both Pennsylvania’s state retirement system and Philadelphia’s pension plan, after one of its associates in 2011 donated $2,500 to a Philadelphia mayoral candidate and $2,000 to the governor.

Both candidates were in a position to steer business to the adviser because the mayor appoints three of the nine members of the Philadelphia Board of Pensions and Retirement, and the board that oversees the state’s retirement system is comprised of gubernatorial nominees.

“When dealing with public pension fund clients, advisers to those kinds of investment vehicles should be mindful of the restrictions that can arise from political contributions.”

That firm also settled the case with the SEC. An attorney for Penn Mezzanine could not be immediately reached for comment.