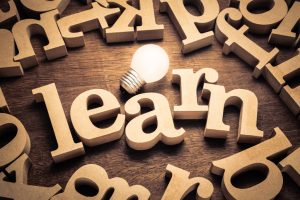 We were at the Emerging Manager Connect 2019 conference in New York City on July 23, where we swapped notes with more than 200 delegates from the venture and private equity communities, including about 100 limited partners.

The comments below predominately came from personnel in the PE world, but the lessons learned are applicable to people in VC and PE.

Here are some of the takeaways:

Although many emerging managers focus on the deals they are bringing to the table in their first funds, LPs focus on the team, according to Edward Powers, a managing director at HarbourVest Horizon, the asset manager’s emerging and diverse managers platform.

Powers prefers “deep teams” that have more than two partners, a back office, a junior bench and a compliance team member. Powers also likes thoughtful GPs who know how to manage funds, use lines of credit judiciously and pace their investments.

He added that LPs are also looking for emerging managers that are hungry. Spin-out managers who have earned carried interest from their previous firms and do not make the appropriate commitment to their own debut funds are unlikely to come across well to potential investors, according to Powers.

“Private equity is the most lucrative business that is legal,” said Powers on why GPs should put more skin in the game.

What’s more, LPs can use various means to estimate how much a GP is worth, according to Invesco Private Capital Partner Kelvin Liu, another panelist.

Panelists offered new managers in the audience some advice for the fundraising trail.

Above all, be transparent. “‘Are there any headline risks?’ we ask our GPs. Tell us because we will find them out anyways,” Matheny said.

She stressed that GPs should not underestimate who they are speaking to at the LP; each person, from analysts to directors, plays a part in the investment decision.

Also pay attention to whether LPs prefer to be approached directly or not. New York State Common Retirement Fund, for instance, works only through program managers, such as Muller & Monroe and HarbourVest.

LPs prefer GPs to focus on delivering a strong multiple on invested capital (MOIC), unless, that is, “the LPs’ own bonus is based on internal rate of return,” according to Sheryl Schwartz, until recently managing director with Flexstone Private Equity.

Although an IRR can be a helpful number, GPs should discount IRRs on portfolio companies that are less than five to six years old. IRRs on unrealized deals that are only one to three years into their holding period are not the best measures either, according to Sophia Tsai, a managing director at Trinity Wall Street.

Matheny said GPs should focus on the net IRR of funds rather than the gross IRR of investments, and include net IRR in their presentations.

LPs are looking for managers with a thoughtful approach to co-investment.

“We like thoughtful GPs who use co-investments to maximize successes in their asset allocation,” Tsai said.

For instance, the GP of a fund Trinity invested in brought in co-investment capital in year five to extend the investment in companies showing strong potential. These ended up generating high returns and the GP created three unicorns, Tsai said.

The most popular term that emerging managers offer limited partners is co-investment rights, according to fresh research from VCJ affiliate publication Buyouts and fund administrator Gen II Fund Services, which was presented at the conference. The survey found that 70 percent of respondents offered contractual co-investment rights to LPs.

This story first appeared in Private Equity International, an affiliate publication. PEI reporter Preeti Singh can be reached at preeti.s@peimedia.com. 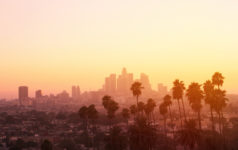