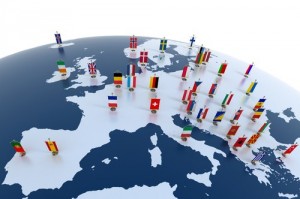 France and Benelux emerged as a leading VC ecosystem in Europe over the past several years.

Deal activity in the region, which includes Belgium, the Netherlands and Luxembourg, increased more than 80 percent from €3.5 billion in 2017 to €6.4 billion last year, according to a report from PitchBook.

And dealmaking has remained strong this year, despite covid-19. The region accounts for €2.9 billion in venture deals year to date, almost a third of the total for Europe.

Still, France and Benelux are not immune to the pandemic. While deal activity through the end of May has been robust, “we expect deal activity for the rest of the year to drop a little bit because of the covid-19 impact,” said PitchBook analyst Nalin Patel.

Almost 70 percent of start-up capital raised this year was for late-stage deals, which is a decade high, Patel said. As existing maturing start-ups try to extend their financial runways, a large portion of funds invested in the region in the near term will be funneled towards late-stage deals, he said.

The region’s biggest deal to date was a €180 million Series B investment in Colonies, a Paris-based co-living housing platform. But sharing economy start-ups, such as BlaBlaCar, one of the region’s most highly valued start-ups, face headwinds due to the pandemic, according to the report.

At the same time, telemedicine start-ups have seen their fortunes rise. For example, Paris-based Doctolib went from 1,000 to 100,000 daily consultations, helping to secure its place as one of Europe’s biggest e-health providers.

While the region’s deal making surged in recent years, exit activity has been weak. In 2019, exits amounted only to €2.6 billion, the lowest figure since 2014. Exits year-to-date were a mere €77.5 million and will likely continue to be subdued due to the covid-19 pandemic downturn, Patel said.

As for GP fundraising in the region, “it has been surprisingly robust this year,” Patel said. GPs based in France and Benelux have raised €1.8 billion so far, surpassing €1.6 billion raised for the full year in 2019.

One of the larger funds raised in Q2 2020 is the sophomore fund of Cathay Innovation, a global venture firm. with offices in five countries, including Paris, France. Cathay Innovation II closed on €505.3 million, nearly twice as much as its debut fund. Cathay’s first fund has some big winners in its portfolio, including Pinduoduo (Nasdaq: PDD), a Chinese e-commerce company that sports a market cap of more than $100 billion.

At the start of the pandemic, the French government introduced a €4 billion stimulus package for tech start-ups, the largest tech-focused covid-19 plan in Europe.

The French VC ecosystem will likely benefit from this stimulus and from the government’s long-term support of the VC asset class, Patel said.