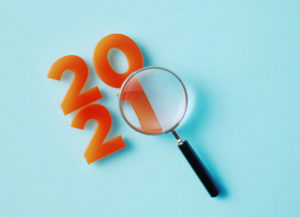 As we’re winding down to the end of the year, I’ve been mulling the top venture-related stories of 2021, trying to decide what’s the narrative that best defines this year.

My initial shortlist is below. I know I left a lot of topics on the cutting room floor, so to speak. My honorary status goes to SPACs and their changing regulatory nature, Sequoia Capital restructuring its fund, the growth of LP capital from family offices to pensions, and the ongoing push in the venture world to adopt ESG principles.

In fact, there’s so much more worth considering. But here’s my current top five countdown.

Convince me otherwise. I’m happy to revise this in the next month.

Emerging managers. Amid the pandemic, new funds are said to be having trouble engaging with LPs, and many new managers have certainly had to extend their timeline to raise new funds. But that’s not the case for everyone. Anecdotally, we’re seeing many new funds launch and many are closing their debut vehicles. There are too many examples to list here, but the key for emerging managers is to have a track record and a prior relationship with certain LPs. Also key is the extent to which family offices are investing in new venture funds, which we wrote about in May. This hot 2021 topic of emerging managers also relates to the rise of the solo GP in venture as well as the increase in support services we’re seeing to help new fund managers connect with prospective LPs, such as Allocate, Oper8r and Revere VC, among others.

Location actually doesn’t matter. In March, a year into the pandemic, we wrote about how GPs and LPs are looking ahead to the return to office, which will mostly include the so-called “hybrid approach” of some people coming into a physical office while much of the staff will remain virtual. Since then, the hybrid approach has remained the de facto choice among VCs and LPs. In addition, although Silicon Valley remains the center of activity for venture, this past year was full of stories of people relocating to Austin, Miami and to Europe to take advantage of what the pandemic has to offer: the ability to invest anywhere in the world from a home computer and with no air travel required.

Another cover story for us this year was on the predominance of non-traditional investors in VC. This topic also came up this past week when I moderated a webinar with Pegasus Tech Ventures and Morrison & Foerster. Non-traditional backers – meaning hedge funds, PE firms and other large asset managers – are now a feature of the landscape, and I expect it will continue into next year, as well. We may even see more of these non-traditional investors move downstream from growth and increase their seed-stage investments and early-stage dealmaking.

Diversity in VC. Another constant this year has been the discussion of diversity in venture, which includes gender diversity and more POC rising in the venture ranks. We’ve covered a number of new funds founded by women, Blacks and Latinos who are themselves investing in diverse founders. And we’ve written a number of stories about diverse partners being promoted at various venture firms. It’s no coincidence to me that one of our top stories this year was the debut of our first annual Women of Influence list, which looked at pioneering women in VC. This is a storyline with a lot of momentum behind it.

Without a doubt, the top story of the year is fundraising. Or rather, the explosion of venture fundraising worldwide, led by the mega-funds. We outlined some of this in our VCJ 50 coverage earlier this month, in which we revealed the 50 largest venture firms globally based on amount raised in the past five years. This year is on pace to set a fundraising record in the US, as funds raised, collectively, will soar past the $100 billion mark. Just this month, our coverage has reported on mega-funds currently in market from Insight Partners, General Catalyst, New Enterprise Associates and Tiger Global. How this affects LPs who are asked to continually re-up is a subject that we will keep following in 2022, as we already reported this month on how it impacts the LP community.

Let me know what you think. You can ping me up at agoldfisher@buyoutsinsider.com to have an email convo or a virtual chat.

In the meantime, there’s no Friday Letter next week, although Venture Capital Journal will have fresh content early next week before the US holiday break. Happy Thanksgiving and talk to you again in December.