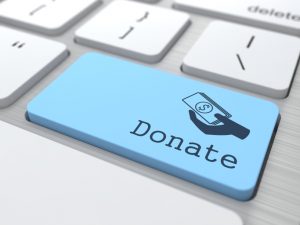 More than a month ago, when the covid-19 pandemic was declared, I wrote about how firms were dealing with the situation.

In particular, I wrote about how Cathay Innovation, which invests worldwide and has operations in North America, Europe and Asia, had collected more than 820,000 sets of medical supplies (such as masks, protective clothing and gloves) to donate to Wuhan and other epidemic areas.

Since then, I’ve heard from a few more firms about what efforts they’re undertaking on the humanitarian front.

One bit of good news that came in over the email transom was from Flourish Ventures, a purpose-driven fintech-focused venture firm located in Redwood City, California. Flourish Ventures, which was launched last year by eBay founder and philanthropist Pierre Omidyar, said it donated $1 million to the GiveDirectly Covid-19 campaign. The organization aims to give $1,000 cash grants to US families hardest hit. The grants are meant to supplement the US government stimulus checks.

GiveDirectly launched the effort late last month and received a boost from The Late Show with Stephen Colbert when the show announced it would contribute. The organization said it disbursed checks to about 1,200 families in the first few weeks through its partnership with fintech company Propel.

In a follow up email, Flourish said Seth Rosenberg and David Sze at Greylock Partners also joined the effort.

“No economic downturn has happened as rapidly as this one triggered by covid-19, and our most vulnerable families in America are suffering the greatest blow,” said Shaw in a prepared release. “We are asking all other investment firms and technology companies to join us in this campaign or make significant donations through their own means.”

I would love to hear how covid-19 is impacting you and your activities. Are you organizing any philanthropic efforts or looking for ways to donate? Share with us at agoldfisher@buyoutsinsider.com. Happy to hear more and I’m open to any Zoom meeting invites.

Friday Letter: Cybersecurity and remote meeting are among the recession-proof sectors to watch