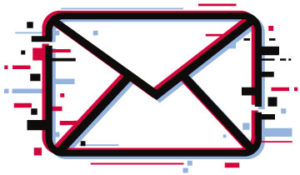 Remember in high school when your parents were out of town and you told a few friends you were having a party? Then came Friday night and a hundred people showed up at your house. That’s what is happening in venture capital right now.

Institutional investors, who have enjoyed their own little VC soiree for decades, now face a throng of retail investors that wants in on the action. The same fintech industry that produced public-market disruptor Robinhood is creating companies that will enable John and Jane Doe to crash into venture.

Last week, Toronto’s Wealthsimple unveiled a vehicle to enable average Canadians to invest as little as $5,000 in “funds managed by legendary firms such as Accel, Andreessen Horowitz, and Kleiner Perkins.” This week, Boulder, Colorado-based Sweater took the wraps off Sweater Ventures, which aims to “pool money from millions of regular people into a world-class venture fund.”

Jesse Randall, Sweater’s co-founder and CEO, told me that the demand from regular folks to invest in VC was too strong to ignore. The success of Robinhood opened the eyes of retail investors and they began asking why they didn’t have the same opportunity as institutional investors to invest in the next Facebook.

“It was almost like everybody woke up and said, ‘Holy crap, I am getting screwed. I can’t do all the things that the wealthy can do,’” he said. “People want to direct their own money and they want to be treated equally at end of day.”

While you need to be accredited to invest in a traditional venture fund, Sweater came up with a way to allow investors to put as little as $500 to work in its virtual venture fund. It created a registered investment company called the Sweater Cashmere Fund, which is managed by Sweater Industries LLC, a registered advisory firm.

Once the SEC declared the Cashmere Fund’s registration statement effective on April 11, Sweater started inviting the 60,000 people on its waiting list to download its mobile app and become investors.

John and Jane Doe effectively become LPs in an evergreen venture fund by buying shares in the Cashmere Fund, which invests their capital in seed and early-stage start-ups. Think of it like a mutual fund that invests in private companies.

“Instead of 100 huge LPs we will have hundreds of thousands of real people,” Randall said. In the next five years he expects the number of Cashmere Fund investors to grow to about 500,000 and its assets under management to grow to about $1 billion.

Cashmere is just the beginning. “This will be the first of many funds to be invested by the RIA,” he said. “Once we have about $150 million in AUM we will look at setting up additional theme funds.”

For example, Sweater could do a fund focused purely on late-stage deals or climate-focused technology investments. New fund offerings “will be opportunistic and demand-based,” he said. “We’d like to have five to seven different theme funds.”

How about a fund focused on private equity deals? “I could see us getting there eventually,” Randall said, noting that Cashmere will focus on venture capital for the foreseeable future.

One thing that has surprised Randall is the interest from accredited investors. “We’ve gotten a lot of interest from doctors and attorneys and have been approached by family offices that want to write checks for seven figures,” he said.

He estimated that about one quarter of the approximately 60,000 people on the waiting list are accredited investors and around 2 percent of the total is made up of family offices. Those figures speak to how difficult it is for even those who are accredited to participate in venture capital, Randall said.

Sweater’s approach is also appealing to accredited investors because they don’t have to tie up their money for 10 years, the typical life of a venture fund. The Cashmere Fund will offer redemption windows every six months, in which Cashmere will buy back up to 5 percent of the shares of the fund.

“We are required to do the buyback at whatever the NAV is – there is no discount,” Randall said.

Each share of the Cashmere Fund will initially be valued at $20, but that figure will go up or down based on the net asset value of the investments in its portfolio. If a portfolio company’s valuation doubles from Series A to B, that will be reflected in the share price.

The fund plans to put its capital to work quickly. Cashmere has met with about 250 start-ups in the past four or five months, and about 70 to 75 of them have the “high potential” that calls for further due diligence, Randall said. “We expect to make about 60 to 80 investments in the next 12 months.” Check sizes will range from about $250,000 for pre-seed deals to $10 million to $15 million for Series A and B rounds.

The fact that the Cashmere Fund competes with other venture funds didn’t deter the venture industry from embracing Sweater. It raised $12 million in seed funding in February in a round co-led by Motivate VC and Akuna Capital and with participation from other funds and a lengthy list of individual investors, including Jeb Bush Jr and YouTube stars Peter Hollens and Andrei Jikh.

You can be certain that Sweater won’t be the last fintech offering a way for retail investors to get into venture capital. “There are definitely trillions of dollars out there,” Randall said. “We’re just scratching the surface right now.”