What’s the deal with SoftBank LPs?

The calendar flipped to June, and we at VCJ feel the summer slowdown has begun.

But when it comes to SoftBank Group, news surrounding that behemoth never takes a break.

SoftBank launched its near $100 billion fund in early 2017, and it has since pumped hundreds of millions of dollars into an assortment of companies, including Uber, We Co and Slack, among others. Most of the Fund I capital has been deployed and lately the talk has been about whether the group can amass another $100 billion from LPs.

SoftBank is finding it difficult to get investors to contribute to Vision Fund II, the Wall Street Journal initially reported. Sources said LPs hesitate to refill SoftBank’s coffers because of a lack of transparency and the decision-making process into how the money is invested.

While I don’t disagree with that, I want to offer up another factor.

Canada Pension Plan Investment Board is reportedly one of the funds reluctant to commit to SoftBank’s sophomore megafund.

Consider this: The large money manager CPPIB is setting up its own venture program as it looks to commit $500 million to $1 billion into 10 to 15 venture capital funds in North America and Europe. CPPIB already has made a cornerstone investment in Toronto’s Radical Ventures.

Could be that CPPIB and others prefer to make their own investments instead of paying fees to SoftBank.

A venture capitalist, and a season-ticket holder for the Golden State Warriors, told me this week that a number of team investors sit on or near courtside during games and will jaw with the athletes.

Mark Stevens, one of the minority team investors and a former Sequoia Capital partner, took it too far during game 3 of the the NBA Finals.

Speaking of Canada, the U.S. SEC this week sued Waterloo-based Kik Interactive, alleging it conducted an illegal $100 million offering of digital tokens. The lawsuit could result in a precedent on the regulation of such offerings.

Nothing, though, seems to have stemmed the tide of ICOs to date.

CoinDesk reports that in 2018, the number of ICOs reached 650, and they averaged nearly $26 million last year, a $10 million increase from the year before.

In the four previous years combined, the number of ICOs was slightly more than 400.

The Austin Ventures diaspora continues. Since the longstanding firm started to wind down a few years ago, we’ve seen former AV investors pop up elsewhere in the Texas capital to go after early-stage deals.

The latest is Elsewhere Partners, which raised $70 million for its debut fund.

In April, I wrote about LiveOak Venture Partners raising a $105 million sophomore fund.

Am I missing anyone?

Data warehousing is not the sexiest of topics.

But don’t tell that to Steve Harrick, general partner of IVP. The firm joined the $81 million Series C round of funding for Yellowbrick. It was one of the largest deals of the week.

Harrick told me that IVP was drawn to the deal because data warehousing is a $20 billion established market “and customers were ecstatic about how Yellowbrick was faster, cost-effective and scaled better than any other product.”

He said the prevailing trend in data warehousing is the hybrid model in which enterprises store data in various cloud servers, as well as host a lot of data on premise.

“We’re generating a lot of data, and it’s proliferating, partly because of an expanded mobile network,” he said. “But not everything is in the cloud. A lot of large enterprises are investing in data centers, and that’s where Yellowbrick comes in.”

Yellowbrick was founded five years ago by several veterans of Fusion-io and it emerged from stealth last year. Interestingly, IVP passed on Fusion-io, but Harrick said the firm has known about the company because of its Fusion.io ties, including former CEO Neil Carson.

I’m headed to New York on June 11 for editorial meetings. Unfortunately, I won’t have much spare time. But I still want to hear from you.

Let me know what you think of the above, or let’s meet in the SF Bay Area or anywhere that’s convenient to talk trends and story ideas. 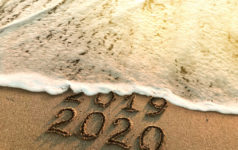 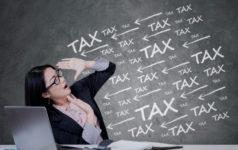