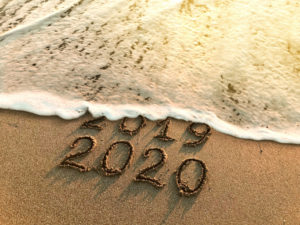 Hello, everyone. Hope you enjoyed a Merry Christmas and a Happy Holiday.

We’re nearly at the end of the year, so it’s time to reflect on the major VC-related stories from 2019 before we turn the calendar and begin anew in 2020.

It was a robust year for the venture capital community, and there was no shortage of news to cover. I combed through press reports and our sites to see what struck me as notable news events in VC. Below is my list of what I argue are the top 10 stories of the year. Drum roll, please:

#10. Ripple joins unicorn club. I know that achieving a billion-dollar valuation is no longer the rarity it once was. But as of October, there are now at least 11 blockchain unicorns, including Ripple and Coinbase, among others.

#9. Europe resurrected. European venture capital investments pale in comparison to US and Asia. But the pace of European dealmaking has accelerated in recent years, thanks to the growth of unicorns on the continent. European VC firms are now luring back more LPs, and US companies and funds are keeping an eye on the venture activities taking place on the other side of the pond. Look for a European resurgence to continue in 2020.

#7. SoftBank’s sophomore fund. SoftBank quietly held a first close on its second Vision Fund of about $108 billion, making it even larger than its first. This time around, SoftBank is facing pressure over working with Saudi Arabia’s Public Investment Fund, which provided a cornerstone LP investment for its first Vision Fund. The relationship between PIF and SoftBank was called into question this year after Saudi security personnel were accused of murdering the U.S. journalist Jamal Khashoggi. For the follow-up Vision Fund, SoftBank said it will commit $38 billion and is raising from Apple, Microsoft and Dai-ichi Life Insurance Company, among others.

#6. David George joins Andreessen Horowitz. A number of firms added partners to their rosters in 2019. But Andreessen Horowitz hiring George from growth investor General Atlantic as its first GP dedicated solely to late-stage investing is emblematic of the shifting venture landscape, in which companies are staying private longer and private-market investors are playing a greater role in the life cycles of companies. A few months after George joined AH, which celebrated its 10-year anniversary this year, the firm raised $2.75 billion for a core, early-stage fund and its first ever late-stage fund.

#5. CPPIB. The large Toronto pension Canada Pension Plan Investment Board has expanded its reach globally. In 2019, it established a presence in San Francisco to access investment opportunities and deepen relationships in the Silicon Valley tech sector. And it recruited Monica Adractas to head its newly minted venture capital funds program in San Francisco. Our coverage of CPPIB ranked as one the top five stories on our site in 2019.

#4. Fundraising continues to soar. In looking just at the preliminary commitment numbers for US funds, 2019 is already another record year for the US venture community. Year-to-date through mid-December, US venture firms have raised more than $55 billion, thanks in large part to mega-funds. In 2018, the U.S. venture industry raised more than $50 billion of fresh capital, setting an 18-year record. The $50 billion mark could be the new normal, as New Enterprise Associates is expected to raise its largest fund to date in Q1 at $3.7 billion and other large firms could follow suit with their billion-dollar-funds.

#3. LP interest in VC. After turning its back on VC several years ago, the CIO of the California Public Employees’ Retirement System said he wants the nation’s largest pension fund to do more venture investing. It’s a dramatic policy shift that could impact other pensions and their commitments to the asset class. In a separate case, the Maryland State Retirement and Pension System has stepped up its investments in venture, committing $315 million year-to-date in VC, a more than a three-fold increase from the $90 million the pension committed in 2018.

#2. Direct listings. The concept of direct listings gained notoriety on Wall Street and in Silicon Valley in 2019 following the direct listings of Slack and Spotify. In October, an invitation-only event was held in San Francisco in which Benchmark’s Bill Gurley and Sequoia Capital’s Mike Moritz spoke to a room of CEOs, investors and others about alternatives to the traditional IPO process. I know that many VC-backed companies are now discussing their options and exploring a direct listing in 2020, although my bet is that no more than six will employ that method as some may worry the strategy is not yet fully tested. Here’s more on Gurley’s reasoning when he spoke to Venture Capital Journal about direct listings this fall.

And the #1 venture-related news from 2019 was WeWork and how it pulled its IPO. In the last few months, everyone I met wanted to talk about the company’s sinking valuation and the repercussions the company’s downfall was having on the rest of the venture world, including how some companies postponed their own IPOs in the wake of WeWork’s downfall. As one VC summed it up for me: “Any company out there that is perhaps over-valued and took more money than it needed should be worried.”

This list above was subjective, of course, and I considered many other notable events from the past year. My honorable mentions include the passing of VC legends Don Valentine and Frank Caufield; the ongoing rise of emerging managers; GE Ventures spinning out and selling off its portfolio assets; the personnel changes at Shasta Ventures; the sustaining trend of megadeals; the ongoing changes at Kleiner Perkins; and a host of partner moves at such firms as Mayfield, IVP, Canvas Ventures and Builders VC.

I would love to hear from you about what news topped your 2019 radar and what you’re looking forward to in 2020 and beyond. You can reach us on our contact page.

I’m based in the San Francisco Bay Area and happy to meet folks in person.