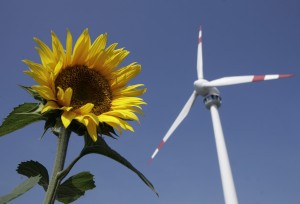 Cleantech funds have taken it on the chin over the past several years, first from the collapse of solar investments three years ago and then from a general chill in the sector.

The struggle continues to be reflected in fund performance. Cleantech portfolios, such as the Clean Energy and Technology Fund at the California Public Employees’ Retirement System, have trouble making progress.

The CalPERS portfolio, managed by Capital Dynamics, remains largely in the red. Twelve of the 14 funds have negative IRRs, and as many lost ground in the year ending in June as gained it.

Several funds pulled back noticeably. Craton Equity Investors I from 2008 fell to a -17.7 percent IRR as of June, and Chrysalix Energy III tumbled to a -4.4 percent one from a 2.5 percent a year earlier.

Fighting the trend, other funds improved. Element Partners II, now leading the portfolio, rose to an IRR of 8 percent from 2.2 percent in June 2013. NGEN Partners Fund III also climbed nicely, to a -0.5 percent IRR from -6.4 percent one a year earlier. The fund generated more than $10 million in distributions.

RockPort Capital Partners III also pushed ahead, though its IRR remained -7.5 percent as of June.

The accompanying table lists the 14 funds with commitments, distributions and IRRs.