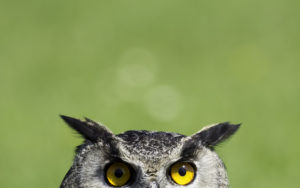 Like everyone else, venture capitalists are focused on keeping themselves and their loved ones healthy and safe during the covid-19 pandemic. But some have an additional worry keeping them up at night: How do I raise my next fund?

Who better to answer that question than Kelly DePonte, managing director of Probitas Partners? He has been a matchmaker for GPs and LPs for more than 18 years and has been on the phone constantly with both groups over the past few weeks.

One of DePonte’s observations that everyone should take to heart is that LPs are not doing meetings in person for now. “It doesn’t matter if you’re a buyout guy or venture capital guy or private real estate guy or a private debt guy,” he says. “You cannot do a pitch to an LP in person and you cannot schedule onsite due diligence. If you’re a newly launched fund or thinking about launching, you are basically in pause mode.”

Funds in process should get done

For the most part, LPs will want to wrap up commitments for funds that they have been working with for the past several months.

“Let’s say you launched a fund in September of last year,” DePonte says. “You’ve already met with bunch of LPs, and for the ones that are interested you have already have had a number of on-sites.” Those funds should be able to get over the line with some follow-up phone calls or video conference calls.

Probitas has been marketing a VC fund and a buyout fund for several months and expects to hold partial or final closes on both. “Both have been in market for a while, and most of the [LPs] who needed to do in-person due diligence did that in December,” DePonte says. “We will have a good first close [on about two-thirds of the target] on one fund and will have a final close on the other.”

It doesn’t make sense for most funds to try to get their first pitch meetings with LPs now. “So many LPs have policies in place that require on-site due diligence,” DePonte says. That effectively means they cannot do new fund commitments because LPs have put in-person meetings on hold.

“If you haven’t been out marketing, don’t even bother,” he says. “Put it off. You don’t have any sort of momentum to get to a first close.”

There will be some exceptions. LPs might be supportive of a GP with a history of strong performance if they are investors in prior funds and have been getting quarterly updates from that GP and attending its annual meetings. For example, DePonte expects LPs to be receptive to Oaktree Capital Management, which is reportedly planning to bring a new distressed debt fund to market.

The other exception will be “high conviction names” like Sequoia Capital, DePonte says. Sequoia is reportedly planning to raise a combined $7 billion for three new funds. The venerated venture firm has a history of doing one-and-done closes owing to strong demand from LPs. “If you’ve got a strong track record and are operating in areas that are favored – like digital media and remote learning – you may have a market that is still favorable to you,” DePonte says. “But the number of people who can get away with that is pretty low.”

If you’re not wrapping up a fund, the best thing a GP can do is be supportive to LP requests. “There are a lot of LPs working from home and spending a lot of time on the phone with GPs,” DePonte says. “A lot of them are worried about what’s happening to their legacy portfolios.

For many LPs, the latest report from a GP is 12/31. That means nothing for what the portfolio looks like now.” If you want to engender good will, respond as quickly as possible to LPs asking about the value of your fund and health of underlying portfolio companies.