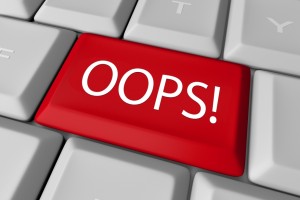 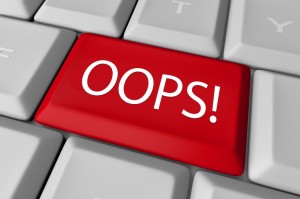 Top-tier Silicon Valley venture firm Kleiner Perkins Caufield & Byers (KPCB) admitted poor performance as reported in a recent article posted on Thomson Reuters peHub. Normally, I would leave that kind of news for what it is, as I have described the symptoms of venture capital’s economic with innovation in great detail here for years now, and I would just be repeating myself again.

But KPCB is a special case. In the 1990s I used to see KPCB as the Mercedes-Benz of venture capital firms, visionary, robust and eclectic in its choice of groundbreaking innovation. Not one I would suggest entrepreneurs to flock to, for I prefer the ultimate driving experience and style offered by a BMW. But respectable nonetheless. So, how could it be that a top-brand, top-quartile producer of venture investment returns appears to have stalled? Could it be economics?

Operating at times from within the kitchen of venture capital I have watched KPCB for a long time, patiently. From both a limited partners and entrepreneurial perspective. I know some of its general partners and have great respect for some, and much less for others.

But when it is reported by the media that KPCB allegedly admitted to weak performance by saying “We get it. We are going to work our ass off,” the aura of a simple twelve-year vintage slip-up attempts to overshadow the mis-management and mis-judgment that has plagued the firm for many years.

Is this mea culpa just another limited partner phishing attempt?

Frankly, if investors were held to the same meritocracy as the marketplace applies to startups, KPCB would have been kicked to the curb in its inability to target groundbreaking innovation worthy of serving an 80% adoption greenfield, with endless risk diversification to boot.

But KPCB did well with previous funds, albeit in strong winds of the early days of technology innovation that made even turkeys fly. So why not give them another chance? Let’s just forget about the lack of renewable economics applied to the venture business. For in the land of the blind, the one-eyed king still reigns supreme.

The reinvention of realism

Don’t get me wrong, KPCB is in a fantastic spot to reinvent itself. But only when the aforementioned admission is sincere, and addresses the stream of faulty decision-making I have written about, as they happened over the years.

Let me sum them up here:

Mistake #1: Greener pasture escapism
While the VC world became enthralled by the greener pastures of green-tech (as we preferred to call it then), I predicted publicly and counter to popular opinion in October of 2008 that the VC model was not the appropriate model to pursue those endeavors. Simply because the money-in and money-out profiles do not correlate. KPCB ignored that warning, and honcho John Doerr after some hesitation that made Vinod Khosla jump ship, went in “head-first.” A foolish move.

No one should argue the need to source and develop renewable energy that will extend the evolution of man-kind. But everyone in the venture sector should have argued the economic and financial construct we use to support it to fruition. Even Vinod Khosla, a former KPCB general partner, by virtue of his return presence at technology conferences and his new technology fund, appears to be slowly crawling back to the technology sector he left so ceremoniously to focus on green-tech only. Recognizing that mistake, the chickens have come back to roost.

Mistake #2: Subpriming of risk
In 2007 Apple launched the iPhone, supported in 2008 by KPCB’s newly launched $100M iFund, run by Matt Murphy, to drive innovation for its applications. I predicted publicly in July of 2008, again counter to the pageantry of false-positivity, that the economics of phone applications, priced at less than the average sales price of a digital photograph on stock photography sites would never yield viable venture style returns.

Comfortably ignoring that warning too, KPCB foolishly earmarked another $100M for the fund thesis in 2010. The latest press I saw suggests a liberal thesis drift post-close is proving me right again.

Mistake #3: Bad money after bad money
Around 2007 I was contacted by Advanced Equities, with the offer to buy shares in a few late-stage venture deals, some of which included KPCB portfolio companies.  One specifically I had the inside scoop on through a friend, the portfolio company’s CFO. Needless to say I declined their offer, for I would have made a direct investment in the firm earlier had I thought the company was going places. I declined a similar offer for Fisker, after having been offered to invest by a former Dutch colleague years earlier during the auto-company’s formative stages.

But what struck me most is how KPCB as such a venerable venture firm, would need to and allow late-stage deals to be auctioned off to a new set of greater-fools, through what some in the press have described as dubious characters at the now defunct brokerage of Advanced Equities.

Mistake #4: Disproportionate money-in money-out ratio
With Facebook’s emergence onto the broader marketplace, KPCB jumped up to raise a $250 million sFund in 2010, run by Bing Gordon, to promote independent social applications on top of social platforms. Another foolish move, since KPCB should have instead invested in the platform, rather than the highly fragmented, price-and-reputation erosive marketplace of its dependents.

But it seems like KPCB uses any existing early market force as a leaching thesis (I called it LP entrapment in June of 2011) to raise yet another fund from unfamiliar greater-fools. Until now, when the first of those greater-fools come looking for returns. Maybe a $38 million  investment in late-stage Facebook at $52 billion valuation will do.

Mistake #5: Loss of focus
In February of 2011 KPCB published a document called “USA, Inc.” in which it attempts to describe what KPCB would do to fix the American economy.

Quite fascinating since our government is feverishly trying to do KPCB’s job, and to fill the subprime mist and gaping hole of dysfunctional economics of venture capital has left behind. I suggested then for both parties to keep to their knitting, because neither of them appears to be doing well on their own turf.

Mistake #6: Dilution of core competence
Al Gore, Colin Powell and Mary Meeker make for illustrious past additions to the team at KPCB that can stir up many new sources for investment dollars into KPCB funds.

But none of those people have any entrepreneurial experience or merit that positively influences the way those funds are deployed. In an article “The meager role of Meeker” I describe how years of experience in the development of hindsight does not lead to better projection of foresight. And what separates venture from private equity is the deployment of risk to the trajectory of yet unsocialized foresight.

Mistake #7: Non-renewable resources
KPCB’s personnel choices are dubious in more than one dimension. KPCB’s messy dispute with general partners Ellen Pao and Ajit Nazre, alludes to more than just an alleged sexual affair. While these things can happen at any company, the interaction I had with some of KPCB’s general partners, including Nazre, made me and my entrepreneurial teams (before the mess) seriously question the current merit and the ability of KPCB to reinvent itself with the current resources.

I know some of KPCB investors (called limited partners), both institutional and (super) angel, and over the years have seen their excitement in the firm start to wane. Their stories, which correlate with many others in Silicon Valley, are actually the ones that have led me down the path of reinventing the economics under which venture (and our economy) operates. So, thank you KPCB, you too are proving my points.

Yet in the end, none of this is KPCB’s fault. We, the people, allow venture firms to deploy greater-fool economics that plays Russian roulette with our trust. If we want the venture business to change, and reap the glorious awards that lie at the horizon of an 80% greenfield of technology adoption, then we need to deploy smarter economics that hold all its marketplace participants to the same meritocracy.

I applaud KPCB’s purported honesty in taking their poor performance to heart. But only if the stream of economic unconsciousness we list here is answered by some rigorous changes to top-level decision-making, resource allocation and focus. Otherwise, KPCB’s mea culpa may be nothing more than just another greater-fool sales pitch to keep limited partners engaged.

Working harder will not suffice, working smarter will.

Georges van Hoegaerden is a managing director with The Venture Company. He blogs here and tweets here.