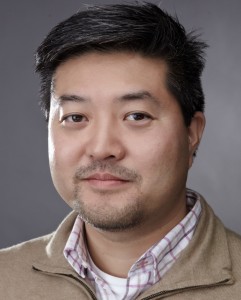 The futuristic home envisioned by the iconic TV show “The Jetsons,” in which fully cooked meals instantly pop out of the oven and appliances are voice-activated and interconnected, is inching closer to reality.

From smart devices that monitor energy use and secure the home to kitchen appliances that give you real-time insight into the nutritional value of the food you eat, the connected home is no longer the dream of cartoons.

In fact, VCs are funding a slew of new technologies that are bringing the connected home into real life.

The home automation market received is biggest boost to date in January when Google agreed to buy Nest Labs, the maker of smart thermostats, for $3.2 billion. If VCs were hesitant to fund home automation startups before the acquisition, they certainly changed their tune after it.

“Nest proved that there is significant consumer interest in home automation and that these companies can generate huge multiples,” said Jeff Clavier, managing partner at SoftTech VC.

From the start of 2012 to the end of 2013, connected home startups raised $468 million across 56 deals, according to research firm CB Insights. But that’s just the appetizer as more venture firms set their sights on the growing market.

Microsoft Ventures, along with American Family Insurance, recently announced a new accelerator program focused on next-generation home automation startups that can help create safer and smarter homes. And Cisco Investments, the venture arm of Cisco, recently allocated $150 million to Internet of Things (IoT) investments, with a particular focus on devices aimed at the home.

Other venture firms are also in hot pursuit of the home automation market, which is projected to hit $44 billion by 2017, according to wireless industry group GSMA.

Even average consumers are contributing their investment dollars to a variety of cool home automation startups. Canary, a home safety device that contains a video camera and multiple sensors that track everything from motion, temperature and air quality to vibration, sound, and activity, secured nearly $2 million on crowd-funding site Indiegogo.

And Lockitron locked down more than $2 million on Kickstarter for its smart phone-powered wireless deadbolt.

Other recent venture investments include:

For Josh Elman, the Greylock partner who led the investment in SmartThings, the smart home is a no-brainer. “Everything around us is smart,” he said. “We carry around these super computers in our pocket, yet our houses are still dumb.”

He believes consumers are eager to change that.

But before the home gets truly smart, there needs to be a brain controlling it all. SmartThings provides a software layer that connects all the devices in the home and makes them work together. It also wants to offer personalized, value-added services based on the data generated by these devices. For instance, if a pipe is leaking, SmartThings could alert your home warranty company to come and fix it.

IoT devices in the home aren’t just about sensors. They are also about the collection of data, and how companies can analyze information and, more importantly, monetize it.

“If you cook at home, these are devices you will interact with many times during the day.”

Elman conceded that a fully connected home is unlikely to happen tomorrow. For the most part, consumers are taking baby steps in their approach to home automation. They are not rushing out and buying dozens of gadgets. They are starting with one or two use cases, such as a smart thermostat or smart smoke detector, and seeing how it goes.

However, Elman doesn’t believe SmartThings is putting the cart before the horse in its quest to deliver end-to-end home automation. He said the race is on to deliver a complete platform, as evidenced by Nest’s recent acquisition of Dropcam, a Wi-Fi-enabled video monitoring system, for $555 million in cash.

Nest, along with Samsung and other partners, recently announced a new home automation network protocol called Thread that aims to become the main ecosystem for connected home devices and apps.

“What we’re seeing is that once someone gets one smart device, like a smart light switch, it is only a matter of months before they more than double the number of devices in the home,” Elman said. “It seems inevitable that we will all have smart homes in the future. The question is whether that will happen over the next two or three years.”

Bernard Moon, managing director at SparkLabs, believes the best entry into the smart home is through the kitchen. That’s why he invested in The Orange Chef, which is designing a line of smart cooking appliances.

“Compare Orange Chef to Nest,” he said. “How many times a day do you interact with a thermostat? Maybe once at most. But if you cook at home, these are devices you will interact with many times during the day.”

Another thing he likes about The Orange Chef is its potential business models. The company isn’t just selling connected kitchen appliances. It is gathering crucial information about how food is consumed in the home. That is valuable data that food companies would be eager to have.

Take, for example, Philadelphia Cream Cheese. “If you’re Kraft, you’d love to know how people are eating your cream cheese,” Moon said. “How much of it do they use per serving? How often do they eat it? What other foods do they combine it with? With Orange Chef, that data is suddenly available.”

Despite the opportunities, there are also some massive challenges when investing in IoT devices for the home. Will these startups deliver quality products? Will consumers want the devices? And what’s to stop a large competitor from rolling out a line of connected appliances?

“The next threat is when the bigger players come in and start pushing products through their channels,” Moon said. “That means there is market validation for what you are doing. But it also means there is a lot more competition.”

A Belkin Crock-Pot WeMo Smart Slow Cooker ($99.99) is displayed during

SoftTech’s Clavier said that investing in the connected home is not for the faint of heart.

“It takes a ton of money to scale a device startup,” he said. “You have to secure working capital and facilities for manufacturing. And then you need to find the right mix of consumer marketing and the right distribution channels. And once the product is out there, you have to move fast and prove the value to consumers.”

In addition, there remains the security concerns and that Internet-connected appliances are susceptible to hacking.

There also concerns about product recalls, which recently happened to the Nest smoke detector.

Still, all those obstacles were not enough to dissuade Clavier from investing in smart lock maker August. Clavier believes it’s the type of product that could eventually be in every home in America because of its utility and mass market appeal.

August can send notifications to parents that their kids have returned home from school. It can also make sure the door auto-locks. And for Airbnb users, homeowners can control access for when new renters are coming to town.

August has not released its smart lock yet, so it’s unclear how successful the company will become. But VCs like Clavier are hoping their home automation investments will provide Nest-like returns.

This story was updated online to reflect that Samsung purchased SmartThings, which happened as the September 2014 print issue of VCJ went to press.