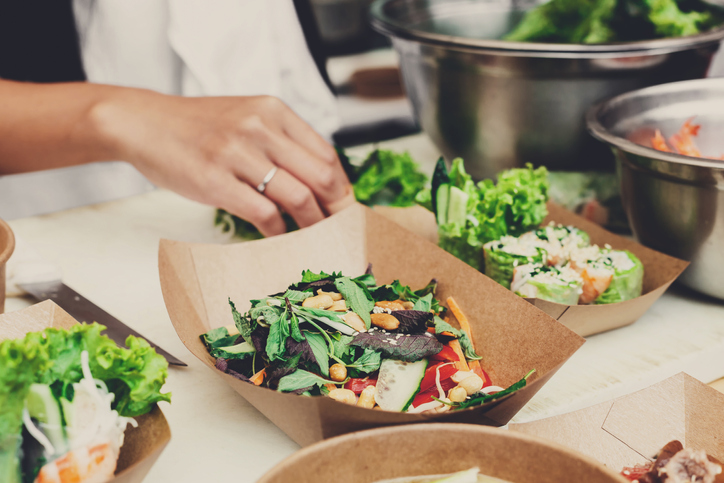 Chances are, your Thanksgiving meal will be made by family members and not a venture-backed ghost kitchen, but your next food delivery might be.

Ghost kitchens are commercial cookeries that operate without a brick-and-mortar restaurant visited by hungry patrons. They are utilized instead by food delivery companies and apps to provide more delivery options or fill cuisine gaps in neighborhoods.

And while the food delivery market is a fast-growing industry with a low probability to profitability, ghost kitchens may help improve the odds.

Major market players like DoorDash, Deliveroo and Grubhub are all operating their own shadow kitchens, said Alex Frederick, a venture capital analyst at PitchBook.

“One potential path to profitability is these ghost kitchens,” Frederick said. “Almost all, if not all, of these players have invested in ghost kitchen startups and launched their own ghost kitchen operation. These are definitely helping improve margins and helping these food delivery companies consolidate.”

These also make it easier for these apps to consolidate drivers to specific areas which could help further save costs.

“They are able to reap some benefits through optimizing drivers with labor being the biggest cost driver,” Frederick said. “Being able to consolidate that and improve Is something that is really exciting.”

PitchBook predicts the food delivery market will grow by 15.7 percent between 2019 and 2030, according to the market researcher’s report, which would bring the market size to $350 billion.

There are also ghost kitchens startups that are looking to partner with these larger apps and are garnering VC attention and capital.

Panda Selected, a ghost kitchen company based in Beijing, raised $50 million in a Series C round in February. The round was led by Tiger Global Management and included participation from DCM Ventures and GenBridge Capital.

Kitchens United raised $40 million Series B round in September with participation from GV and RXR Realty.

“You’ve seen them on Uber Eats and you’d never know that they don’t have a physical location,” Frederick said. “These companies have options made up of virtual restaurants they came up with themselves.”

People are drawn to order from these ghost kitchens, too, because they are essentially set up to be an attractive option for consumers.

Frederick said that ghost kitchens are a space to watch as the food delivery wars continue to heat up.