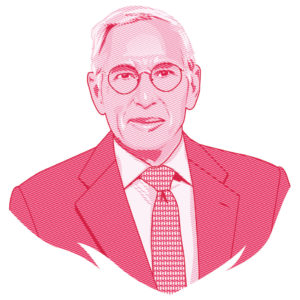 Since 1971, when Howard Cox joined Greylock Partners, he has spent his entire career in venture working with science-based companies and tech start-ups. Now he’s giving back to science and tech.

The donation is the largest gift in the center’s 60-year history, and it will help fuel a capital drive to support the facility that aims to include new science, tech, engineering and math awareness education programs. The donation is meant to jumpstart a $45 million campaign by the center that will expand with 130,000 square feet of additional space. Construction is set to begin in 2023 with a grand opening in 2025.

Cox, who was one of five original partners of Greylock 50 years ago and is now listed as a special LP at the firm, tells Venture Capital Journal that the center has come a long way in the last decade, having become a destination for locals and tourists alike. “My gift, and the additional contributions I hope it will attract, will help it go from good to great,” he says.

Cox, a onetime chairman of the National Venture Capital Association, notes that in Palm Beach County, where the center is located, nearly three in five students are considered to be economically disadvantaged. “But through in-person visits, Zoom classes and other programs, the center is doing an exceptional job reaching hundreds of thousands of young people, teaching them about everything from marine and aquatic conservation to digital technologies, robotics, outer space and the STEM disciplines,” he says.

During his time as a venture capitalist, Cox has led a number of investments at Greylock and served on the boards of three New York Stock Exchange companies. One of the more notable is Stryker, a medical device company for which he served as a director for 44 years.

“I’ve seen the difference that the right opportunities can make in life,” he says. “And I hope that this gift will inspire contributions by others in the community to expand the Science Center and give it the resources to reach hundreds of thousands more young Floridians.”