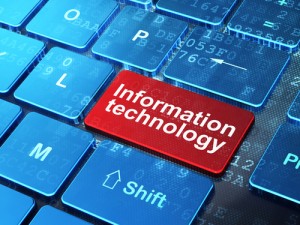 To stand out from the crowd in the U.S. House of Representatives, it is commonplace for members of Congress to carve out their own niche to distinguish themselves from their peers.

For some, this means becoming an expert on a specific policy issue or a champion of a reform movement. For others, it means becoming a master of parliamentary procedure or a skilled legislative tactician.

For Rep. Jared Polis, who represents Colorado’s second congressional district, which includes Fort Collins and Boulder, his calling card in Congress has been entrepreneurship and broad-based support for the startup ecosystem. In fact, we’d go so far as to appoint him as Congress’s ambassador for the innovation economy.

A successful entrepreneur who co-founded his first company while at Princeton University and then later launched two successful Internet startups, Rep. Polis knows firsthand what it takes to be successful in the innovation economy. He understands the unique challenges startup companies face trying to break into entrenched industries and, in some cases, spurring the growth of new industries altogether.

Parlaying that private sector experience over to his career in government, Rep. Polis has been a strong supporter for the startup ecosystem throughout his congressional tenure. Aside from championing policy issues important to the innovation economy, including his support for the Startup Visa, Rep. Polis founded the Congressional Caucus on Innovation and Entrepreneurship to shine a light on emerging companies that transform industries and impact all corners of the U.S. economy.

A central component of Rep. Polis’s caucus is the Startup Day Across America initiative, which took place on Aug. 5 in congressional districts from coast to coast.

Now in its second year, Startup Day Across America connects members of Congress with startup businesses in their districts so that they can meet with local entrepreneurs and hear about the challenges startup companies face as they try to get off the ground.

As a member of Congress representing a district and state that are themselves hotbeds for startup activity, it is only fitting that Rep. Polis would be chief architect of the Startup Day Across America initiative. Colorado is proof of what can happen when startups have the opportunity to get off the ground and thrive in the innovation economy.

Over the past 10 years, 376 Colorado-based companies have received $6.1 billion in venture capital investment, according to the MoneyTree Report from PricewaterhouseCoopers and the National Venture Capital Association, based on data from Thomson Reuters (publisher of VCJ).

Compared to other states, Colorado ranks ninth in the country for venture capital investment in the state’s early- and late-stage startups and is bound to jump up the leaderboard if Colorado continues to foster a friendly environment for startup activity by enacting policies that encourage capital formation and incentivize young companies to incorporate in the Centennial State.

Specific to Colorado’s second congressional district, since 2004, venture firms have invested more than $3 billion into 179 companies. In fact, in the second quarter alone, 10 different startup companies received venture capital funding totaling a little more than $86 million, including Boulder-based PivotDesk Inc, which Rep. Polis visited in August as part of the Startup Day Across America initiative.

The innovation ecosystem is at a unique moment where an enormous amount of technological innovation is upending entrenched industries.

These changes are impacting and growing all sectors of the economy and with Rep. Polis in Congress championing the startup ecosystem, Colorado’s second congressional district and Colorado at large stand to benefit immensely in the coming years.

This article was co-bylined by Bobby Franklin and Jason Mendelson. Franklin is president and CEO of the National Venture Capital Association (NVCA). Mendelson is managing director and co-founder of Foundry Group, a Boulder, Colorado-based venture capital firm and member of NVCA.

This story first appeared in affiliate magazine Venture Capital Journal, which is published by Buyouts Insider. Subscribers can read the full story here. To subscribe to VCJ, click here for the Marketplace.