With venture capital fundraising and startup financing rounds at an all-time high, some practitioners are beginning to caution about a possible bubble formation in the asset class.

Although current market conditions are only occasionally compared to those of the dot-com heyday, frothy valuations and a possibility of a nearing downturn are beginning to be discussed more widely.

A recent thought piece by Hamilton Lane titled “The Myth of Peak Venture,” argues that despite seeming excesses in the industry, venture remains on strong footing and the repeat of an internet bubble is unlikely.

A report by the large financial service firm states that venture has consistently outperformed the broader private markets and its public market benchmark over the last 10 years. 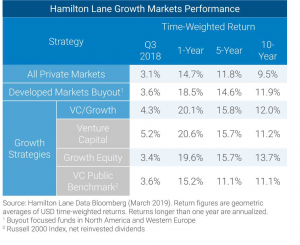 His report outlines reasons why venture has been performing well and why current conditions do not point to an overheated market. Among the report’s findings: 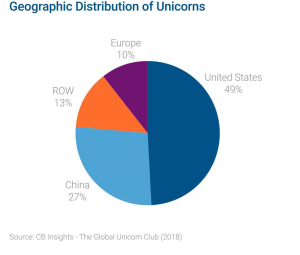 Although venture remains a risky asset class, the risks are not what they were during the dot-com bubble, the report says.

The venture industry is creating significant value for its investors, Luiña argues.

Sitting out on the sidelines because the asset class may appear to be overheating is the “riskiest move of all,” suggests the thought piece.