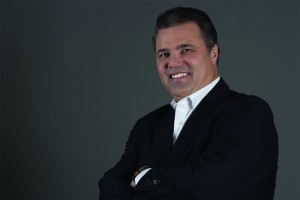 Manuel Henriquez, founder of venture debt shop Hercules Capital, will plead guilty for his involvement in the “varsity blues” college admissions scandal, according to the U.S. Attorney.

Henriquez was chief executive of Hercules Capital at the time that the college admissions scandal was unveiled on March 12. He promptly stepped down as CEO and chairman of the firm. Hercules officially severed ties with him in July, paying him a severance package of $11.5 million, according to a report by Private Debt Investor, an affiliate publication of Venture Capital Journal.

Henriquez and his wife were charged with paying $425,000 for both of their daughters to take the ACT and SAT tests with private proctors to secure higher scores on four separate occasions, PDI reported.

The Henriquez family allegedly bribed the Georgetown University tennis coach to secure a spot for their eldest daughter on the school’s tennis team, despite her not having played the sport competitively in years.

Additionally, Henriquez is alleged to have used his connections to his alma mater, Northeastern University, to help another student involved in the scandal gain admittance, in exchange for one of his daughter’s test sessions.

Separately, former Lightspeed Venture Partners co-founder Chris Schaepe is also allegedly involved in the scandal. Schaepe was not named among the 33 parents in the varsity blues scandal, but Schaepe hired Rick Singer, the college admission coach at the head of the scandal, and allegedly donated $630,000 to Singer’s nonprofit.

“Mr. Schaepe acted lawfully and made charitable donations to the Key Worldwide Foundation which he believed was a legitimate nonprofit focused on children’s causes aligned with his family’s philanthropic priorities,” a spokesperson for Schaepe told VCJ via email. “He has been a major donor to youth development, education, athletics and health programs for over 20 years.”

This story was updated on Oct. 24, 2019, with a comment from a spokesperson for Chris Schaepe.