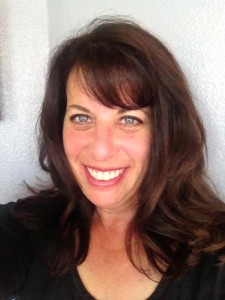 When Justin Hartfield came to Silicon Valley from Southern California to raise money for his new startup, WeedMaps Media, he was laughed out of town.

No VCs wanted to touch a company that was building an online community for marijuana users. The response from every VC he encountered was pretty much: “You must be high if you think we’re going to fund your business.”

The one VC who was intrigued was libertarian-leaning Tim Draper of Draper Fisher Jurvertson. But, at the 11th hour, Draper backed out of the deal, knowing that his LPs and partners would not support him on this one. “I am going to chicken out. You have an awesome business, and it will probably be worth a ton someday, but I can’t pull the trigger,” he wrote to Hartfield in an email.

That was in 2010. Today, WeedMaps, which provides Yelp-like reviews of local cannabis co-operatives and dispensaries, is smoking hot, reportedly generating more than $20 million a year in revenue. Now, Hartfield is starting his own Southern California-based venture firm, called Emerald Ocean Capital Group, to provide pot entrepreneurs with the seed capital he was denied.

“There are really no funding options for companies in our industry, so we want to play a very important role in developing the marijuana startup ecosystem,” Hartfield said.

As of early September, VCJ found at least four professional investment groups targeting the legal and medical marijuana industry. They are all going after what is estimated to be a $1.7 billion market, according to research firm IBISWorld. And many believe the market could grow larger, considering the push for federal decriminalization of marijuana, even reaching the trillions of dollars.

“Until the federal government ends its prohibition on marijuana, there will still be a risk.”

Hartfield’s Emerald Ocean is starting small. It’s in the process of raising a $10 million venture fund for marijuana startups, with most of the money coming from high-net worth individuals and family offices. Though the firm has not yet made an investment, it is avoiding companies that grow or distribute marijuana. Instead Hartfield wants to invest in ancillary businesses that support the industry, such as hydroponic technologies and marijuana gadgets. Emerald Ocean now has an 8,000-square foot facility in Denver to incubate the most promising pot startups.

Another new group, San Francisco-based ArcView Investor Network, operates as a collection of about 70 private investors who see the opportunity to enter a massive industry on the ground floor. ArcView holds regular investor meetings where cannabis-related startups pitch members and raise capital. The group is comprised of accredited investors “who are all betting on the fact that marijuana prohibition will soon be over, not just in the United States, but across the globe,” said co-founder Troy Dayton.

He said that members include venture capitalists, who are checking out the industry for themselves, as well as prominent high-tech entrepreneurs, such as Adam Wiggins, who sold his software company Heroku to Salesforce.com for $250 million.

ArcView, too, is hoping to avoid legal issues by not touching the plant directly. After all, though medical marijuana is legal in 20 states, and recreational cannabis is legal in two states (Washington and Colorado), possession is still a federal crime. “The real opportunities are the picks and shovels of this green rush,” Dayton said.

So far, the group has invested about $2 million in a handful of startups, including:

“The deal flow keeps getting better and better,” Dayton said. “The industry is starting to attract the very brightest entrepreneurial minds who realize the enormity of the opportunity.”

He noted that about half the investors in ArcView are pot smokers. After each meeting, the members retire to the “Toke Room” to unwind. “That’s where the real deals get done,” he said.

A third group, Seattle-based Privateer Holdings, is raising $7 million from private investors for reefer-related investments. The firm is led by Brendan Kennedy, a Yale University MBA graduate who formerly spent his days valuing private companies at Silicon Valley Bank. Privateer has made one investment to date: Leafly, an online resource that helps users find the marijuana strain that is best for them. For instance, Purple Kush is ideal for chemo patients because it relieves nausea and depression.

And then there is Mjardin, a new firm that is targeting a $15 million fund for cannabis companies. Of all the new players, Mjardin is perhaps the most deeply rooted in the private equity universe. The firm’s founder, Adam Denmark Cohen, came from the Brilla Group, a buyout fund with $180 million under management that invests in vacation resorts around the world.

“It’s hard to imagine a VC taking the legal risk knowing that their LPs are often government institutions. But if the federal laws change, then marijuana will become a pharmaceutical product. And VCs certainly do invest in those.”

Denver-based Mjardin is much bolder in its investment approach than the other firms. It is the only one focused on investing directly in the cultivation and sale of marijuana. Cohen is currently laying the groundwork for the fund’s first investment. He noted that in Colorado, where all Mjardin investments will take place, more than 80% of licensed retail operations are mom-and-pop outfits, which to him means there is an opportunity for consolidation.

Of course, it’s also the closer you also get to the long arm of the federal law. That’s why Cohen is mitigating the risk for his investors. He has set up a vehicle whereby his investors do not own a piece of the portfolio companies, but rather the real estate holdings and capital assets tied to those companies. This structure also makes it easier for his backers to exit their investment, or reclaim their money if the government decides to shut down the fund.

But Cohen is betting it will never come to that. The tea leaves are currently in his favor. A majority of the nation’s adults now favor full legalization, according to the most recent Pew poll. As further evidence of shifting public opinion, Dr. Sanjay Gupta, one of the more influential medical figures in the United States among consumers, recently changed his stance on medical marijuana, coming out in favor of legalization, after earlier saying there is no way he’d support it. Republican Gov. Chris Christie of New Jersey has come out in favor of medical marijuana for sick children.

But how about mainstream healthcare VCs? Would they ever invest in the marijuana industry?

“We’d have to see the laws changed first,” said Lisa Suennen, managing member at Psilos Group. “It’s hard to imagine a VC taking the legal risk knowing that their LPs are often government institutions. But if the federal laws change, then marijuana will become a pharmaceutical product. And VCs certainly do invest in those.”

The real question for today’s marijuana investors is whether they are too early. If they don’t succeed at blazing a trail, they could burn out before their time. After all, without federal decriminalization, it’s very hard to see how they can exit these investments. It’s unlikely any of these companies will get acquired, let alone go public.

“Until the federal government ends its prohibition on marijuana, there will still be a risk,” Hartfield said. But, with popular opinion shifting and societal taboos falling, Hartfield believes that decriminalization may only be five to 10 years away, which is not that different from the typical exit horizon for venture deals.

He believes that once prohibition ends, exits and new opportunities will quickly follow. For instance, the CEO of Scotts, the maker of Miracle-Gro, has hinted that the company could one day put marijuana fertilizer on store shelves.

“If we invested in a startup that developed a specific form of fertilizer, it could be a target for a company like Scotts if this is all legalized,” Hartfield said.

But, until decriminalization happens, marijuana investors will likely miss out on the mind-blowing returns they desperately crave.