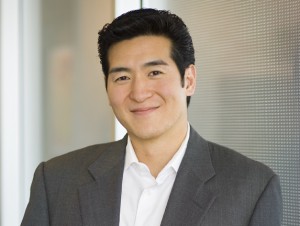 It’s hard to see a doctor. You wrangle for an appointment, trek to the office and sit in a waiting room reading old magazines while your fellow patients cough who-knows-what contagions into the air.

It’s a lot easier to see a doctor online. And a new group of telemedicine companies are working to make it the new standard for primary healthcare. Consumers just need to pull up the app on their smartphones, tablets or PCs and have a low-cost, hassle-free video-consult with a physician.

“This is the new front door for medical visits,” said Bryan Roberts, partner at Venrock. “Imagine, you simply open an app and you have a doctor there. It’s much more efficient on every front.”

Last August, Venrock led a $21 million Series A round in Doctor on Demand, a San Francisco-based company that enables video visits to a pool of 1,400 screened, board-certified physicians. Also participating in the round were Shasta Ventures and celebrity investor Richard Branson.

And wildly profitable for the companies that win in the telemedicine field. A 2013 report from information and analytics firm HIS estimates the U.S. telemedicine space will grow to $1.9 billion in 2018, up from $240 million in 2013. Overall, U.S.-based healthcare is a $3 trillion market.

That potential has a number of investors checking in.

There are a host of challenges in the space, among them regulation, liability, privacy, curating a group of participating doctors, working out payments from patients and employers and reimbursements from insurers.

“There is still a lot of friction in healthcare. A lot of waiting around, clunky infrastructure, inefficiencies. We see the world moving toward the on-demand, Uberization of a whole host of real-world services, and healthcare is a primary candidate.”

Perhaps the biggest challenge in telehealth will be convincing consumers that telemedicine is a better option. People must be persuaded to abandon their tried-and-true solution, and to do so at a time when they’re stressed and worried. Although this transition should be eased by the growth of apps like Skype and FaceTime and people’s familiarity with the video-call process.

Tim Chang, managing director at Mayfield Fund, believes consumers will soon be as comfortable with telemedicine as they have become getting lifts from ridesharing apps like Uber.

“There is still a lot of friction in healthcare,” he said. “A lot of waiting around, clunky infrastructure, inefficiencies. We see the world moving toward the on-demand, Uberization of a whole host of real-world services, and healthcare is a primary candidate.”

Mayfield is an early investor in Palo Alto, Calif.-based HealthTap, which started out as a doctor Q&A service along the lines of Quora, but added video-consults with doctors to its mobile health platform.

Chang said the trend toward consumers controlling their own healthcare spending will drive broad user adoption of virtual medicine. It will have to.

“To make an impact, this has to be a service for more than early adopters or upper-middle-class consumers,” Chang said. “The only way to move the needle is to make sure everyone in America has access to these services and knows about them.”

Another imperative is to popularize the apps with employers. At the moment, HealthTap is an out-of-pocket service for users. But the company is working to appeal to employers that are looking for ways to cut their healthcare costs.

Doctor on Demand has already signed up Comcast on a per-usage basis, meaning Comcast pays only when employees use the service. Doctor on Demand also has a direct-to-consumer model and to increase awareness of this service it has recruited Jay McGraw, son of Dr. Phil, to chairman of the board.

Of course, everyone from patients to employers to insurers, are looking for low-cost solutions, and this is speeding the uptake of telemedicine.

Mawhinney said that Teladoc and others are striving to reduce the cost for patients and insurance providers of seeing a physician. He said there is also a benefit to consumers because they can receive care more quickly.

Dallas-based Teladoc is the nation’s largest telemedicine provider. It’s profitable and reportedly growing at more 100 percent a year. Teladoc works with insurers like Aetna and Blue Shield to connect with employers, who make Teladoc an option in their benefits programs. The app is now available to more than 8 million consumers.

Mawhinney said that Teladoc could explore an IPO or look for acquisition. It’s not premature to talk about positive exits for Teleadoc and other telemedicine startups.

Most recently, Ringadoc, which provides a patient-doctor communication platform that allows doctors to answer after-hours calls and messages and provide a diagnosis, was acquired by electronic medical records management company Practice Fusion. Ringadoc had previously raised about $1.7 million in seed funding.

“This is a trillion-dollar market and multi-billion-dollar exits will be possible,” Chang said. “Think about all the insurance companies and all the traditional healthcare product providers. Typically, they have not been good at building their own technologies, but they’re cash rich and could make acquisitions, which will benefit successful startups in the space.”