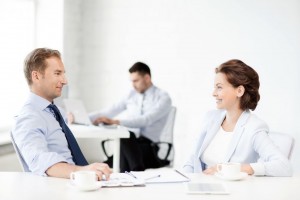 The B round investment is coming from Bain’s venture fund of 2012, which collected $600 million that year. Bain Capital Ventures will own a minority stake of Hireology, said Mike Krupka, a BCV managing director. Krupka is also joining Hireology’s board.

Hireology previously collected $3 million with a seed and A round, said Brian Goldsmith, a BCV associate. In 2013, LightBank, a Chicago VC firm, provided $1 million to Hireology as part of the A round, Goldsmith said.

Hireology provides an online software platform to help franchise organizations, such as retailers California Closets and GNC, that have a large corporate base and branch locations spread across the country. Such companies do not have the time or expertise to implement HR systems, Goldsmith said.  “We see a real need to provide an online solution to a sector that is underserved,” he said.

Chicago-based Hireology simplifies the process of hiring candidates for such companies. The software lets the corporate office share best practices “without mandating how franchises do things,” said Krupka. Franchises can also use the software to review resumes and conduct background checks of prospective candidates, Krupka said. Hireology, co-founded by CEO Robinson in 2011, produces less than $10 million in revenue and is “growing quickly,” Krupka said.

(CORRECTION: A prior version of this story said that Hireology raised $3 billion. The company actually raised $3 million with its seed and A round. The story has been corrected.)