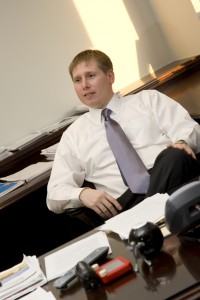 Bitcoin once again seemed to quake at its very foundation in early February when Mt. Gox halted customer withdrawals citing technical issues. The digital currency plunged roughly 20% in the aftermath and deepened the smudge left on it two weeks earlier by the money laundering arrest of bitcoin evangelist Charlie Shrem.

There was more bad news. Russia had banned the use of bitcoin a day earlier, and new reports began to circulate of hackers looting bitcoins from online wallets. Apple, in a separate blow, removed the last bitcoin wallet, Blockchain, from its App Store.

It was the kind of week that makes a venture capitalist queasy. But not so much.

Investor appetite appears to be growing, as firms active in the bitcoin space remain so and those that have spent months carefully studying the complexities of the digital currency get ready to write checks. Expect bitcoin deal-making to climb this year.

And why not? Bitcoin may not be for the timid, and certainly comes with more risk than the typical venture investment. But the potential reward of a decentralized, peer-to-peer global payments system could be enormous and generate the best returns in a generation of startups.

“It’s binary,” said Barry Silbert, founder of SecondMarket and an active angel with 20 bitcoin investments. “You are either going to lose your entire investment or it will be one of the highest-returning investments you will ever make.”

The excitement over this online financial breakthrough is unmistakable. The majority of VCs interviewed for this story are not only convinced bitcoin will clear the hurdles that stand in its path, but will do so with far-reaching consequences for the financial services, credit card and remittance industries it could disrupt.

Most believe the complex bitcoin ledger – the software protocol behind the currency that many consider bitcoin’s real innovation – will prove secure and safe over time and change the way payments are made and managed.

That conviction is likely to fuel a second phase of bitcoin investing this year, as they look for young companies developing applications for vertical and niche markets capable of generating revenue streams.

“Every major VC company is interested now in something related to bitcoin,” said Anthony Gallippi, co-founder of BitPay, a merchant processing company that raised $2.7 million from investors, including the Founders Fund and the Bitcoin Opportunity Fund. “They are starting to see this like the early days of the Internet.”

So far, the relatively modest investing in the space has been focused on infrastructure companies, such as bitcoin exchanges that allow people to buy and sell the currency, merchant processors that provide a way for businesses to accept bitcoins, and wallet makers that let people store the bitcoins they own.

Coinbase, which in December raised $25 million from Andreessen Horowitz, Union Square Ventures and Ribbit Capital in bitcoin’s largest deal, cuts across two of these categories.

Clearly, more infrastructure is needed and investing will continue. Exchanges in developing countries are a particularly ripe area since the lack of established banking systems makes bitcoin use in emerging markets more attractive.

Interest also is high in remittance services, though their use will hinge on an increase in exchanges in developing markets to turn bitcoins into cash.

In New York, entrepreneurs are raising money for an options exchange that would let merchants hedge their bitcoin exposure. Other financial services are on the radar, such as bitcoin banks and online services to automate the sale of timeshares, real estate and even stock.

“There is a lot of innovation going on,” said Naval Ravikant, co-founder of AngelList and an angel investor. “A lot of the smart people in Silicon Valley who are bitcoin obsessed really started working on it six to 12 months ago. We’re going to see the first wave of very innovative bitcoin applications hitting later this year.”

One early example is BTCJam, which hopes to carve out a spot in the peer-to-peer lending market. The Brazilian company entered the 500 Startups accelerator program and reports it has done $5 million in transaction volume in the past year with loans averaging $600 in size. Founder Celso Pitta said the Ovo Cósmico LTDA-owned company has raised $1.2 million from investors, including 500 Startups, Ribbit Capital, FundersClub and the Bitcoin Opportunity Fund.

One firm that hopes to play the new shift is Andreessen Horowitz, which has so far invested just under $50 million in bitcoin companies, including Coinbase and Ripple Labs. General Partner Chris Dixon said the firm is actively looking for investments with an eye toward applications that run on top of bitcoin.

Already dispute resolution services have popped up, he noted, and there are people doing bitcoin exchanges that manage currency volatility.

“It is still early,” Dixon said. “So we haven’t seen very many companies doing applications. But there is a lot of chatter about it and we expect more, hopefully, this calendar year.”

Granite Ventures Vice President Jay Zhao also is attuned to the potential of applications. The real breakthrough with bitcoin is its underlying protocol, essentially a giant public ledger, that “democratizes human trust,” he said. Payment, in a sense, is merely a vertical app on the protocol.

“The real innovation will be with what you can do with the bitcoin protocol,” Zhao said. “We definitely are looking for investment opportunities in the space.”

Imagine if driverless cars take off in the next 10 years, he said. What if they could negotiate for traffic priorities using a quick response bitcoin micro payment system? Or imagine leasing a car with bitcoins and having the leasing documents integrated into the process. “It’s hard to predict what will come,” he said.

It’s also hard to predict when. The first generation of investing in any new technology is infrastructure and that area is the “most interesting right now,” said Jeremy Liew, a partner at Lightspeed Venture Partners.

Once the infrastructure is in place, applications will evolve, Liew said.

“We’re going to start to see that as the next generation of bitcoin companies,” said Liew, whose firm has two announced bitcoin-related investments in Ripple Labs and BTC China and has made other smaller deals that haven’t been disclosed. “Already many of the startups I’m seeing are starting to think about that. We will start to see it become more prominent over the course of the next few years.”

Liew said his firm is meeting with new bitcoin companies every day. “I absolutely would say we are very engaged and very excited.” He expects to begin investing in apps this year.

Still, there is a great deal of uncertainty. Pamir Gelenbe, a partner at Hummingbird Ventures and founder of the CoinSummit conferences, is still trying to figure out where to put money.

“I wouldn’t say we have a fixed view on where we’re going to invest,” he said. One approach is to focus on exchanges around the world. He also sees opportunity in other aspects of the core infrastructure: wallets and merchant processing.

“I definitely don’t think it is too late,” he said. “You have to think globally rather than just in the U.S.”

Gelenbe said he plans to raise a $20 million fifth fund that will focus on investing in cryptocurrencies, such as bitcoin. He anticipates initial investments of $300,000 to $500,000 with money for follow-ons.

“We see a lot of opportunities around the space,” he said. And like venture investors elsewhere, he seems ready to plunk down his real cash.