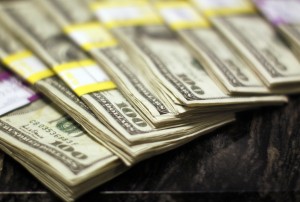 Horsley Bridge Partners said it has raised more than $900 million toward a new venture capital fund of funds that should end up reaching about $1.1 billion.

The remainder of the money is expected to close in the next couple months, leading Horsley Bridge XI Venture to a significant increase over the firm’s previous fund of funds of about $750 million, which was raised in 2012.

Fund XI,  which has taken three months to raise and which will primarily back U.S.-based venture partnerships, is so far the largest venture fund raised this year and lays a foundation for another active fundraising environment this year, according to data from Thomson Reuters. Last year, venture funds raised nearly $33 billion, a 62 percent increase from 2013, as interest in the asset class rose, according to Dow Jones VentureSource.

The enthusiasm appears to be continuing at the start of 2015. “We have noticed in our conversations with people there does seem to be a growing interest,” said Lance Cottrill, managing director at Horsley Bridge.

Horsley Bridge, which has backed funds raised by such firms as Andreessen Horowitz, Benchmark Capital and Index Ventures, expects to invest about 70 percent of the new fund with partnerships in the United States and about 30 percent with partnerships abroad.

The fund will focus on seed and early-stage GPs, with commitments that average between $35 million and $40 million, but which range from less than $20 million and more than $40 million, Cottrill said.

Horsley Bridge said it sees the present venture environment as an exciting one for investing, though not without challenges, such as high valuations.

“The size of businesses and the pace they can scale is unlike anything we’ve seen before,” Cottrill said. “That is a good thing in terms of the amount of value that can be created.”

Horsley Bridge filed news of the new fund with the SEC.