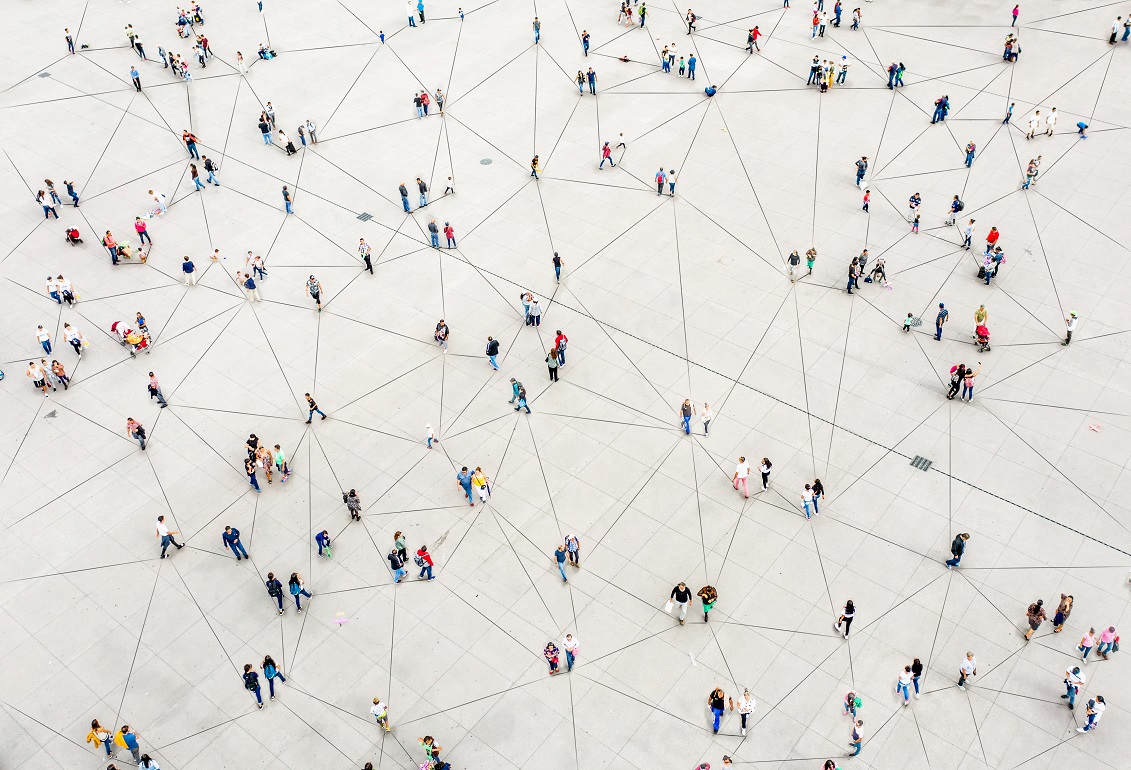 With experience as an operator and as an investor, including 11 years as a partner at New Enterprise Associates, Swaroop “Kittu” Kolluri thought the path to launching his own venture fund would be relatively straightforward.

Kolluri decided to leave NEA in late 2015. He then announced his intent to start his own fund via a blog post in early 2016 and began the transition.

But he tells Venture Capital Journal that even with his track record of investing for more than a decade, it was a tough journey to raise a fund on his own.

“Raising the first fund was the hardest thing I had done in 12 years,” says Kolluri, founder of Neotribe Ventures.

And this was before covid-19 and an economic slowdown.

Still, Neotribe, which invests in early-stage companies that Kolluri says have breakthrough technologies that stretch the imagination, was able to raise $138 million for its debut effort in 2017. Kolluri followed that up earlier this year by closing his sophomore fund with $220 million in commitments.

“When you’re starting out, you better have
clarity on your strategy. There’s got to be something unique about you that LPs can’t get anywhere else”
Kittu Kolluri
Neotribe Ventures

In March, when shelter-in-place orders went into effect and GPs and LPs began working from home and learning how to organize meetings and pitches over Zoom, it was believed that fundraising activity would slow in a virtual world.

VC fundraising overall is enjoying another robust year. Driven by several mega-funds of $1 billion-plus in size, US venture firms collectively raised nearly $43 billion in the first six months of the year, according to PitchBook and the National Venture Capital Association. The mega-funds accounted for about 40 percent of that total.

Even a mega-fund newbie was able to quickly put a bow on his new vehicle, thanks to his name recognition.

Lee Fixel, who made a fortune for Tiger Global Management by investing in cycling tech company Peloton Interactive, raised $1.2 billion for a new venture firm called Addition in New York.

The firm raised the money from 211 investors, with June 23 listed as the date of first sale for the debut fund, according to a regulatory filing. “LPs have the capital and they are definitely looking to invest in name brands when meeting with emerging managers,” says PitchBook venture analyst Cameron Stanfill.

However, despite what Fixel accomplished, first-time US funds are facing a steep climb. PitchBook reported that in the first half of 2020, only 14 first timers closed their vehicles, raising a collective $1.5 billion. (Fixel officially closed Addition’s mega-fund July 1, so that one will count in the Q3 data.)

Stanfill points out that the impact of the coronavirus is partly to blame.

First-time GPs normally describe their fundraising process as a tough slog that can require hundreds of meetings and a timeline of 12 to 18 months. But the impact of the pandemic has many advisors and LPs telling first-timers to focus on their portfolios while extending their expected length of time to wrap up fundraising.

“First-timers can use Zoom to meet and pitch their funds to investors, but the comfort level is not yet there for LPs to invest virtually,” Stanfill says.

What makes the decision more palatable in the current environment, Stanfill says, is that LPs are looking for VCs with a recognizable name and track record, or GPs such as Kolluri who have spun out of larger firms.

And of the 14 first-time US funds that PitchBook tracked in the first six months, only four were below $50 million in size. Stanfill says this shows that microfunds are especially dependent on making in-person connections with LPs. And in the current social-distancing world, it’s harder for smaller funds to wrap up commitments.

“Overall, I expect this to be another strong year for fundraising and first-time fund closes may pick up in the second half,” Stanfill says.

Even in the best of times, emerging managers need to reach out to hundreds of different kinds of LPs. It’s not uncommon pre-pandemic for a new fund manager to take up to six months to secure an in-person meeting. And a commitment won’t come until a few more meetings with that LP, or after an anchor investor is secured, emerging managers tell Venture Capital Journal.

Beezer Clarkson says first-timers were “not awesome” in the first half, but she expects that the ship will right itself in the second half and into 2021.

“First-timers face big barriers to entry, but they are vital for the venture industry for bringing in new ideas and investors,” says Clarkson, managing director of Sapphire Partners, an LP that backs early-stage funds in the US, Europe and Israel.

Clarkson says that months ago, the LP community would never have invested or even considered putting money into a GP they didn’t meet face-to-face. Unlike GPs, who in recent months are increasingly investing in companies they met only virtually, Clarkson says she doesn’t know an LP personally who has made a commitment without meeting the GP. That’s because there have been so few, anecdotally, to point to.

But Adams Street Partners tells VCJ it has made one investment in a GP that was “fully virtually.”

And LPs in the VCJ roundtable say the virtual meetings enabled by technology are proving to be good enough to get the job done.

James Ko of the Arizona Public Safety Personnel Retirement System expects the use of Zoom and other online tools to continue after the pandemic. “All of us will need to be more comfortable in front of a camera going forward,” Ko said during VCJ‘s LP roundtable.

Due diligence was a major concern at the start of the lockdown. But Clarkson says that the world is getting acclimated to working from home and conducting meetings and performing due diligence entirely remotely. She says if travel remains restricted, she expects LPs will have to hold more virtual meetings and make commitments with GPs they’ve never met.

“There are downsides to online meetings, so having quality reference checks will be the key going forward,” Clarkson says.

She also points out that the timeline for emerging managers will not be sped up with Zoom conferencing.

“An LP-GP relationship is made for decades,” she says. “You can’t establish that in just a few months online.”

Tyra Jeffries, founder and chief executive of CreativeCap Advisors, a global business advisory firm for investment managers, agrees and says that having a quality network, a pipeline of deals and a track record are three of the critical qualities every emerging manager should possess.

Her New York firm works with fund managers worldwide, and she says it is generally harder amid the pandemic for smaller funds to work with and pitch LPs since the smaller-sized funds tend to require more hands-on management.

But she says on the plus side, virtual meetings have created a more transparent environment in which LPs and GPs are more open to one another on video calls.

Another benefit of the new work-from-home lifestyle for GPs and LPs is that a lot more meetings can be scheduled without having to factor in travel time. Emerging managers tell VCJ that instead of flying to New York or overseas for a couple days and hope to meet a few LPs if they’re lucky, they can schedule multiple calls in a day. And their pitch meetings are more efficient, attended by several decision-makers from the prospective LP, with folks dialing in to the Zoom from different offices.

Whether these types of group calls remain in a post-pandemic world is uncertain.

“But everyone is still getting used to the virtual road shows,” Jeffries says. “The process of raising capital has pretty much stayed the same. For GPs, it’s all about their ability to set themselves and their funds apart from the rest.”

Kolluri is certainly no stranger to meetings. He says raising the second fund required a lot of face-to-face time, but Fund I required way more get-togethers with LPs. Having a track record at NEA helped, but he says LPs would ask so many questions to find reasons why they shouldn’t invest.

Despite the track record at NEA, where he led early investments in Aruba, Bloom Energy and Robinhood, among others, LPs wanted to know how much of his success was from NEA or from his own expertise. They also wanted to know how he could handle moving from a multi-billion-dollar and multi-stage firm to a smaller outfit.

Kolluri says he didn’t use a placement agent, since he had the connections and knew people, so he would instead focus on going to as many meetings as he could.

He met with certain LPs he knew from his days at NEA, and one became an anchor in Fund I. While at an Indian restaurant in San Francisco, one LP from a large endowment called him and helped him understand how his portfolio construction and his firm would differentiate itself from NEA and others. Kolluri says that is key advice for emerging managers. And in the case of the restaurant call, it helped him crystalize his firm’s focus on investing in “breakthrough technologies that stretch the imagination.”

“When you’re starting out, you’d better have clarity on your strategy,” he advises. “There’s got to be something unique about you that LPs can’t get anywhere else.”

Kolluri added a partner after the firm closed Fund I, and then he began raising Fund II before covid-19 hit. He eventually brought in three new LPs as he expanded the fund size, including one LP who finalized the commitment during the pandemic.

“There were times I had serious doubts [about fundraising],” Kolluri says. “But I weathered the storm.”