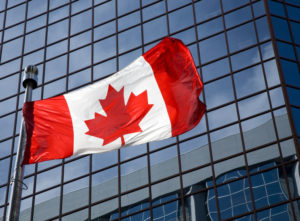 The investor announced he has raised $41 million for his third seed-stage fund, which is targeted at $50 million and is backed by lead investors BDC Capital and HarbourVest Partners, along with more than 100 individual investors. The fund is already larger than the $33 million he raised for his second vehicle in 2017.

In addition to the fundraising news, Mistral portfolio company Symend, a Calgary-based provider of a digital engagement platform, has raised an additional $43 million for its Series B, bringing the round total to nearly $100 million. Symend was seeded with $1 million by angel investors more than four years ago and Mistral remains a participant in the latest round.

Cubitt, who launched Mistral in 2013, is one of a handful of purely seed-stage-focused venture firms in Canada, alongside Extreme Venture Partners and Panache Ventures.

Mistral aims to invest as the first institutional backer of enterprise software start-ups that aim to solve critical problems. With team members throughout Canada and in California, Mistral invests primarily in Eastern Canada, but it looks for opportunities throughout North America.

Cubitt told Venture Capital Journal he had planned to initially go out and raise Fund III in March 2020, but the pandemic interrupted those plans. Similar to many venture firms worldwide, Cubitt said last March and April were “dead months” for activity as the firm conducted arbitrage on its portfolio and worked with them to get through the initial stages of the pandemic.

Also similar to other firms, Mistral then saw an uptick in activity by June, as a huge influx of entrepreneurs began seeking out venture firms. Cubitt said in the last eight months, the firm has looked at more than 750 potential deals and met more than 150 of them.

He said that BDC then came to him in May and said they would anchor it, followed by HarbourVest. “What started out as a nervous story for our fundraising ended up as a success,” Cubitt said.

He expects the fund to reach its goal later this year.

Unusual for a seed-stage firm, Mistral will take a board seat at the seed stage and will add an observer at the Series A.

Mistral also stands out for how it employs its LPs, particularly its individual backers.

Cubitt declined to disclose names, but said his more than 100 individual LPs are high-net-worth investors, mostly technology CXOs and some lawyers, too. He said some come from such recognizable company names as Google, Facebook, IBM, Shopify and HP. The majority are from Canada, with some from the US and a few execs from China.

Along with investing in the Mistral funds, the individuals help with dealflow, sit on boards, provide key introductions, advise and coach the portfolio CEOs and refer talent for the seed-stage companies.

He added that of the hundreds of companies the firm meets with each year, about 10 percent are sourced from the LP network. In addition, of the more than 30 deals Mistral has done in the last several years, more than half have been sourced by the LPs. He said this shows the high quality of the deals they provide.