Venture Capital Journal
Home News and Analysis Firms & Funds How to Get Your ‘Emerging Growth Companies’ onto the IPO Fast Track:...
News Briefs 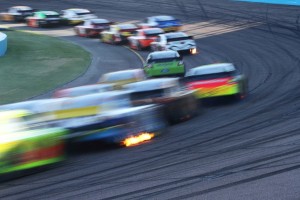 This is part one of a four-part series on the expected impact of the Jumpstart Our Business Startups (JOBS Act) on the capital markets. The JOBS Act, signed into law on April 5, is designed to encourage IPOs, ease restrictions on private placements, permit “crowdfunding,”  and increase ownership thresholds before companies are required to publicly register. Its purpose is to reduce regulatory burdens on small companies attempting to access the capital markets, and contains some overdue reforms to the securities laws.

After a decade of declining IPO activity, the JOBS Act is designed to ease regulatory burdens to encourage smaller companies to enter the public markets. The JOBS Act changes grew out of an “IPO Task Force” of capital markets experts assembled by the U.S. Department of the Treasury in March 2011. The IPO Task Force recommended specific policy changes to improved smaller companies’ access to capital markets in October 2011; these recommendations became the core of the IPO reform measures described here.

For public companies with annual gross revenues under $1 billion, the JOBS Act has created a new category called “Emerging Growth Companies” which are eligible for a fast-tracked IPO process and are relieved of certain Exchange Act disclosure and compliance requirements for the first 5 years after IPO.

What is an Emerging Growth Company?

Emerging Growth Company status is unavailable for any company that priced its IPO before December 9, 2011.

The JOBS Act enables Emerging Growth Companies to confidentially “test the market” with institutional investors, initiate the registration process and receive SEC comments before filing public IPO documents, and go public with only 2 years of audited financials instead of 3.  Prior to the JOBS Act, would-be public companies could only initiate the IPO process by filing a public preliminary Registration Statement on Form S-1, better known as a “red herring”, prior to which they could not make any offers to would-be purchasers. The red herring also required three years of audited financials.

Disclosure and Compliance Relief for 5 Years After IPO

After IPO, Emerging Growth Companies will phase in full public reporting and internal controls during a 5 year transition period, instead of immediately. The transition period is designed to ease smaller companies into the costly and time-consuming compliance burdens of public company reporting.

What are the Consequences for Middle Market Companies?

For much of the last decade, the IPO has been underutilized as a means of liquidity and capital raising because of expense and regulatory burden; the IPO exit has been effectively closed for all but the largest companies. Now, an IPO becomes a more viable option for middle market companies, which by definition have less than $1 billion in annual revenue. Qualifying as an Emerging Growth Company could therefore provide an alternative for capital raising or liquidity event for these companies, their founders, and their private equity sponsors.

Even before the JOBS Act, IPOs have been a rare bright spot in the capital markets this year, with high profile IPOs such as Facebook making news.  With JOBS Act reforms making it easier to seek IPO exits, private equity sponsors are likely to look closely at IPOs as potential liquidity events for the estimated 4,000 portfolio companies sponsors need to exit in the next few years, according to Pitchbook’s Adley Bowden.  The increased viability of IPO exits could also encourage sponsors to pursue “dual track”, where sellers file a registration statement with the SEC, while simultaneously holding discussions with potential acquirors.

Even before the JOBS Act became effective, 2012 has seen robust IPO activity.  PE Hub’s Olivia Oran notes that there are 8 IPOs scheduled for the week of April 9, 2012 alone, several of which were middle market, private equity backed companies.  With the latest reforms for Emerging Growth Companies, IPO activity can be expected to strengthen.