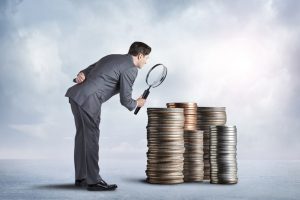 For the third time in 20 years, the US economy is being buffeted by a significant recession and the venture capital industry is hardly immune. Hundreds of start-ups are laying off employees, many LPs are pulling back on their commitments and business-as-usual doesn’t exist.

So, an early-stage cybersecurity venture firm that’s fundraising like mine – AllegisCyber – is having a tough go of it, right?  No not at all. Truth be told, fundraising, while certainly more challenging than usual, remains doable.  This is evidenced in AllegisCyber’s case by the closing of a new fund in July 2020 and our plans to start raising capital soon with another fund where I am co-founder, DataTribe, a Maryland-based cybersecurity startup foundry.

Also helpful is that the IPO market, including technology IPOs, which are an important endgame for most LPs, remains respectable. In September, for example, Snowflake, a cloud data warehousing company that had raised nearly $1.5 billion in venture capital, went public and saw its shares skyrocket on their first day of trading. That gave the biggest tech IPO of the year a market value of $70 billion, fueling IPO enthusiasm.

Some of the other IPOs that have also occurred since May 2020 include Sumo Logic, JFrog, Rackspace, and Lemonade.

Venture fundraising continues to work for AllegisCyber and other creative venture firms because we have made significant tweaks in how we go about raising capital. These are sufficiently effective to overcome the suspension of in-person interaction with prospective LP investors, a staple of venture capital for decades now waylaid by the covid-19 pandemic and replaced by virtual Zoom-based meetings.

How are we doing it?

First, it entails focusing intensely on long-standing relationships with prospective LPs and diversified, well-networked professionals with whom we regularly work, such as lawyers, bankers, other LPs and family offices who have established relationships with prospective investors. Second, it requires a substantial effort to target LPs who want to invest in cybersecurity.

We have placed a higher priority than ever on communications with our LPs and prospective LPs with whom we want to work. During any sort of a market crisis, strong communications becomes essential. Investors want to know what we do and do not want to worry what steps we are taking to adjust to the crisis environment or how we are mitigating risks and taking advantage of opportunities.

We have been approaching our current LPs and business partners and asking for referrals and introductions, looking for surrogates who can help us get in the door and to the top of the stack of discussions.

In addition, we are working social networks to understand where there may be a mutual relationship with one of our partners that we can reference. In a nutshell, we are asking and answering this question: “Who do we know that knows the people we want to talk to?”

Zoom meetings and/or phone conversations have supplanted most in-person meetings. So again, we adapted. The point of the first Zoom “meeting” is super-simple: Get to the second. In many cases, now that people are traveling much less, they are often more available. We also now work with placement agents, intermediaries who connect us with qualified investors where they have established relationship and who are potentially interested in our funds. Placement agents are particularly helpful in Europe, where American travelers are currently banned.

Savvy LPs know that innovation is always required to move forward, and the best of them are always open to investing in enticing start-up opportunities. They aren’t paid to sit on capital for long. They also know that many highly successful technology companies were founded in difficult times.

In the final analysis, fundraising VCs today have two choices. They can lay low until covid-19 is fixed or adapt to the new environment and pursue fresh strategies. AllegisCyber has obviously chosen the latter.

Fundraising may take longer than usual – perhaps much longer – but we and other select VCs have already proven it can be done.

Robert R. Ackerman Jr. is the founder and managing director of AllegisCyber Capital, a venture capital firm specializing in cybersecurity, and a co-founder and executive at DataTribe, a cybersecurity startup foundry in metropolitan Washington, D.C.