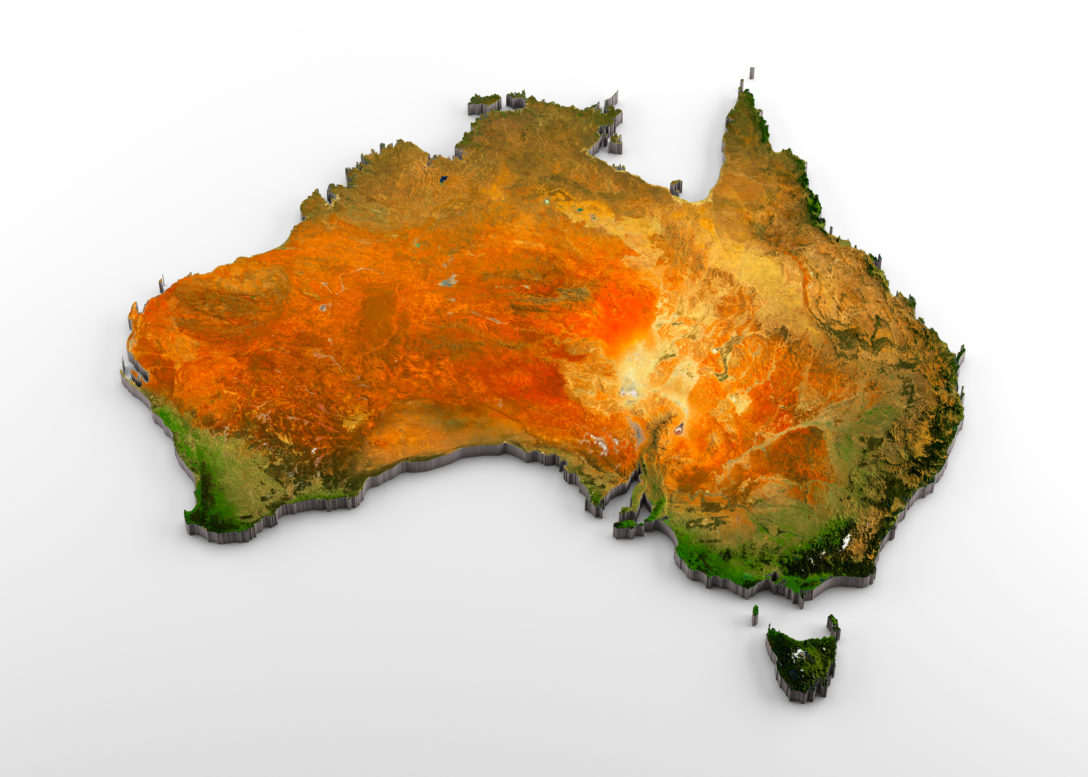 As the covid-19 pandemic took hold around the world, Australia and New Zealand, two of the world’s most geographically remote developed economies, closed their borders to visitors as well as nationals in a bid to prevent the spread of the virus.

But having seen out the pandemic with far fewer deaths and cases in comparison to most other countries, and with the vaccine rollout underway, both are now starting to reopen their economies.

For investors, that is an attractive prospect. Like many other markets, the trend among start-ups staying private for longer is fueling demand for private capital in Australia and New Zealand. This is providing GPs and LPs with the opportunity to take a closer look at the burgeoning venture capital scene in the region.One trend stoking the growth of the VC community has been the number of tech companies emerging in such cities as Sydney and Melbourne in Australia, and Auckland in New Zealand. This has been complemented by further demand for tech solutions, with industries around the world forced to adapt in light of the pandemic.

“If you go back 20 years ago, VC was quite Silicon Valley-heavy, and a lot of the cost to get a company through to a certain size was very large and pretty inhibitive,” says Alicia Gregory, head of private equity at Australian sovereign wealth fund at the Future Fund.

“One of the trends of the past 10 years [is] the ability for innovation to happen almost anywhere in the world. Silicon Valley is still a hub, there’s no question about that, but the ability for [the next] Microsoft Windows to come from other parts of the world has really been an emerging trend.

“Australia, and probably New Zealand, may be a little bit later to that party than some other regions of the world. But in the past seven or eight years, it’s really caught on here, too.”

Despite the pandemic, Australia experienced a rise in VC funding last year, which increased to $1.6 billion from about $1.5 billion in 2019, according to consultancy KPMG. This has continued strongly in 2021. In the first and second quarters of this year, $769.7 million and $907 million was raised, respectively, according to the consultancy. 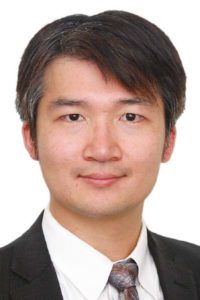 “The issue at the
moment in Australia
may be a lack of
sufficient proven
VC managers as it
generally will take
time for capable but
emerging managers to
prove themselves”
Charles Chiang, Mercer

“Inflows have increased in recent years due to the success of companies such as Atlassian, Canva and Afterpay,” says Marcus de Kock, alternatives investment director (Pacific) at investment consultancy Mercer.

“There are some notable Australian industry funds that have invested in VC for about the past five years now, and in spite of it being a relatively less-evolved sector than in the US, the Australian VC market has become a favored sector for Australian family offices.”

Reddy points to such exits as Xero, Pushpay, Aroa Biosurgery, Vend and Seequent, to name a few. He notes this run of exits has put New Zealand on the map for global VC funds in regard to deal flow and price arbitrage, compared to companies based in larger markets with similar traction.

There has also been a growing recognition of the importance played by the VC sector in Australia and New Zealand, with new initiatives and tax reforms designed to support venture and the various sectors that it invests in.

In New Zealand, the government established the Elevate NZ Venture Fund in March 2020. This fund of funds, overseen by New Zealand Growth Capital Partners (NZGCP), is expected to allocate NZ$300 million to VC firms over the next five years.

“More recently, the government is providing funds via NZGCP to ramp up VC, and this is providing much-needed capital at the tricky Series A stage, together with R&D incentives. And New Zealand has no broad capital gains tax regime,” PwC’s Reddy adds.

Meanwhile, the Australian government is consulting on the tax treatment of VC to ensure that existing concessions continue to support genuine early-stage start-ups.

“The [New Zealand]
government… is
providing much-needed
capital at the tricky
Series A stage, together
with R&D incentives.
And New Zealand
has no broad capital
gains tax regime”
Anand Reddy
PwC

“The Australian government announced a review of the VC tax concession program in the May 2021 budget,” says Mercer’s de Kock. “This is part of the ‘digital economy strategy,’ which some observers believe hasn’t delivered much since the VC fund structures were introduced in 2002.”

The rapid development of the tech sector in Australia – which is the country’s third-largest industry and a significant driver of new jobs, according to Mercer’s de Kock – is also prompting industry leaders to band together for a much stronger lobbying role in support of the sector and VC firms that invest there.

“A powerful new industry body, the Tech Council of Australia, has been formed this year to help push reform,” he says.

“The group features high-profile founders of the tech success stories and the VC firms that support them.”

The government is also supportive. In August, Auckland’s Global From Day One fund announced the first close of its third fund, over target at $130 million. It is looking to reach its cap of $160 million. 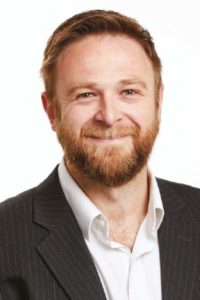 GD1 as an institutional grade venture fund manager, making a $45 million investment from the Elevate NZ Venture Fund, the fifth and largest allocation the government entity has ever made to a VC fund manager to date.

GD1 calls the raise one of the biggest injections of capital for the New Zealand start-up ecosystem so far this year.

Support for growing VC markets also extends beyond government intervention, with the high standards of living in both countries also playing a role in both retaining and attracting in-demand talent.

In particular, PwC’s Reddy says the growth of the New Zealand tech sector has been driven by the desire to “compete globally, an environment that fosters entrepreneurship and creativity, an educated population with a high quality of life.”

A question of scale

The geographic remoteness of Australia and New Zealand has traditionally been a barrier to overseas investors. Now, wider tech adoption during the pandemic and a greater willingness to do business remotely could benefit both countries’ VC markets.

“One of the interesting impacts of covid is that a lot of people have had to get comfortable doing transactions with a lot more interaction [online] versus being able to show up and meet in person,” says Future Fund’s Gregory. “Once you get comfortable with that, it really does start to break down the barriers.”

While both countries have active venture communities, however, the smaller size of the markets can be a deterrent for investors wishing to make inroads with significant investments. And despite the attractions of investing in a burgeoning tech scene, there are other emerging markets competing for investors’ attention, as well, such as Southeast Asia, China and of course North America.

“There is more capital available in America, and VC managers are more defined in their stage focus when they invest in start-ups,” Mercer’s de Kock says. “In Australia, by contrast, early-stage VC managers may need to either reserve more capital or raise separate follow-on vehicles to support their existing fast-growing companies in later rounds of financing.”

Charles Chiang, asset class specialist, private equity, at Mercer, adds that it’s difficult for VC investors to overlook China when it comes to VC opportunities in the Asia-Pacific region.

“From the overall Asia-Pacific private equity or VC perspective, Australian VC is considered niche,” Chiang says. “When investors look for VC exposure in the region, Chinese VC is generally their priority, given its diverse opportunity set and large domestic market, supported by exits and liquidity generated.

“There are also a large number of proven VC managers in China. This can make it challenging for international LPs to consider Australian VC. The issue at the moment in Australia may be a lack of sufficient proven VC managers as it generally will take time for capable but emerging managers to prove themselves.”

Kevin Chin, founder and chief executive of investment group Arowana, which includes a global VC arm called Alicorn Global, agrees. Chin says that while the Australian VC landscape “is more buoyant than it’s ever been,” there are better opportunities elsewhere.

Chin adds that what tends to happen in the market is a lot of capital ends up chasing fewer deals.

“And the competition for deals tends to elevate valuation levels up,” he says. “It doesn’t mean we aren’t looking in Australia or New Zealand, but the opportunities tend to be outside the largest cities such as Sydney and Melbourne.”

John Woods, head of asset allocation at Australian Ethical Investment, adds: “The Australian VC sector is far from mature. It’s growing quickly, but compared to what we see from US-based and global VC, a lot is relatively smaller and investing relatively earlier. There is a lot to like about that from our perspective, but that difference could be limiting its appeal more broadly.”

Nevertheless, Woods says the emergence of new funds and strategies focused on areas that have a more positive impact on peoples’ lives shows how the VC industry is evolving.