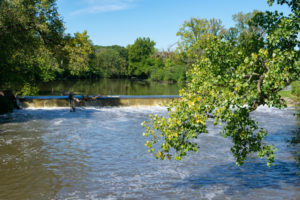 The $100 million is anticipated to be split with 40 percent going to Fund XIII and 60 percent to Select IV, according to a spokesperson from the organization.

IMRF has a current relationship with the manager. The pension has $308 million of existing commitments to Lightspeed, according to a news release from the organization.

Lightspeed is a Menlo Park, California-based venture firm that focuses on consumer companies. The firm has invested in more than 350 companies since its founding in 1999.

The pension fund made multiple other venture commitments in 2019, including a $75 million allocation to Valor Equity Partners V, a growth fund. It also made a $30 million commitment to Versant Vantage I, a healthcare-focused fund.

IMRF operates its venture strategy through its private equity bucket. At the end of 2018, the bucket represented 4 percent of the overall portfolio and was valued at more than $1.5 billion.

As of the end of Q3 2019, the private equity portfolio had a 10-year gross return of 9.57 percent, which exceeded the strategy’s benchmark of 9.22 percent.

The Illinois Municipal Retirement Fund was founded in 1939 and serves about 3,000 people. The portfolio is worth more than $43.8 billion.