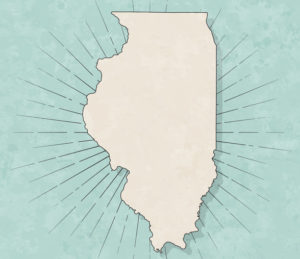 The Illinois Municipal Retirement Fund (IMRF) has already committed $50 million of capital to work across two venture vehicles this quarter.

IMRF committed an aggregate $50 million to both Mayfield XVI and Mayfield Select Fund II at its board meeting last week, according to news release from the pension.

Fund XVI is the latest vintage of the firm’s flagship strategy of investing in early-stage tech companies in the US. The select vehicle will focus on later-stage, follow-on investments into existing portfolio companies.

The pension system has an existing relationship with the manager and has invested an aggregate of $36.3 million into past funds, including Mayfield XV and Mayfield XIV.

The LP was active in venture during 2019 and invested more than a quarter of a billion dollars, $255 million, across five venture vehicles.

The organization invested $30 million into Versant Vantage I, and four vehicles managed by Lightspeed Venture Partners.

IMRF houses venture capital it its private equity bucket which made up about 4 percent of the overall portfolio as of the end of 2018. The strategy is worth more than $1.5 billion.

The Illinois Municipal Retirement Fund was founded in 1939 and serves more than 3,000 people. The fund has more than $43.8 billion in assets under management.