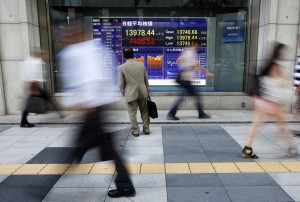 What goes up is continuing to come down.

The Thomson Reuters’ Post-Venture Capital Index (PVCI), which reached record highs in early 2014, has fallen to its lowest point of the year.

At the end of May, the value of the PVCI was more than $1.6 quadrillion, a 1.6 percent rise in value from the month before.

The index was comprised of 568 companies, and of the stocks tracked, 288 gained in value while 280 declined.