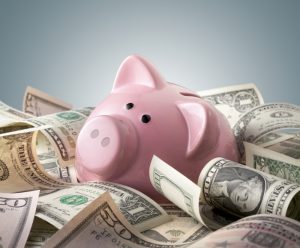 Industry Ventures, a venture capital secondaries specialist, is making a push into the private equity market.

The San Francisco firm has held a $125 million final close on Industry Ventures Tech Buyout, a fund of funds which makes primary-, early secondary- and direct investments in technology-focused buyout funds, according to a statement. It will target funds of less than $750 million in size.

Investors include San Bernardino County Employees’ Retirement System, which committed $25 million, according to a September quarterly performance update. The fundraise brings the firm’s total assets under management to $3.6 billion.

Industry Ventures is aiming to take advantage of the growing numbers of venture capital-backed companies exiting to PE funds.

Among the more recent and notable examples was Blackstone buying VC-backed Vungle for $750 million last year.

“Historically, venture investors exited their investments through an IPO or strategic M&A, and it has also become commonplace to sell shares in the secondary market to generate liquidity … However, a fourth exit option has emerged in the venture capital market, with almost 20 percent of all venture-backed business exiting to buyout funds,” it noted in a 2018 white paper.

About $4.75 billion of venture capital stakes traded hands in 2019, down 6.2 percent year-on-year, according to the annual volume report by intermediary Setter Capital.

A longer version of this story first appeared in affiliate publication Secondaries Investor. The author Rod James can be reached at rod.j@peimedia.com.

VenBio Partners wraps up third fund at about $394m