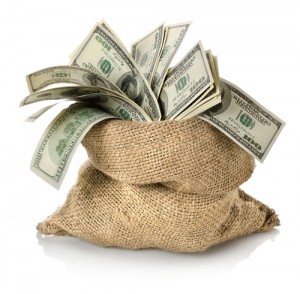 Almost a year after closing on a $65 million fund-of-funds that focuses on small and mid-sized early-stage venture capital funds, San Francisco-based Industry Ventures is in the market again, according to a regulatory filing – this time for a $100 million fund of funds.

Called Industry Ventures Partnership Holidngs III, the firm has yet to close its first sale, according to the filing, which lists Managing Directors Hans Swildens, Roland Reynolds and Ken Wallace. Broker-dealer Hamilton Miller Investments of Greenwood, Colo., is also listed in the filing.

Assuming Industry is successful in raising the new capital pool, the fund will be the Industry’s third fund-of-funds effort since acquiring Little Hawk Capital of Washington, D.C., in September 2009.

At the time, three-year-old Little Hawk, a $30 million fund, was focused on direct and indirect investments in small venture capital and growth equity funds. Reynolds, the firm’s founder, joined Industry Ventures as a principal, but was quickly promoted to managing director and has since been running Industry’s fund-of-funds efforts alongside Wallace.

Asked for comment yesterday about the fund, Swildens emailed that he was “unable to comment for [SEC] compliance reasons.”

But after the firm closed its $65 million fund last year, Reynolds shared some insights into the firm’s strategy with peHUB, saying it involves investing in a mix of brand-name funds and newer, lesser-known names that Industry’s team believes to have potential. Reynolds said further that Industry has invested in funds as small as $15 million and as large as $250 million.

Some of the venture commitments that Industry has made to date include Costanoa Venture Capital, Foundry Group, IA Ventures, Lowercase Capital, Madrona Group, Rincon Venture Partners and SoftTech.

In his interview with peHUB last year, Reynolds said he hoped Industry’s fund-of-funds strategy would continue to appeal to LPs who seek out exposure to early-stage VC, but who may not have the resources to manage multiple small fund commitments.