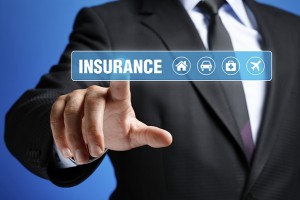 Nobody ever accused the insurance industry of being sexy. Until now.

Investor excitement in the space is at an all-time high. In 2010, there were just 20 investors pursuing insurance deals. But since that time, more than 290 different investors have funded insurance-related tech startups, according to research firm CB Insights.

These investors are targeting a variety of consumer-facing offerings, including life insurance, auto insurance and health insurance.

All told, tech companies in the insurance space have raised $1.4 billion over the last two years. And 2015 is the biggest year on record, with funding to seed and series A insurance startups exceeding $350 million through the end of October. That’s a 43 percent increase from all of 2014 and a 247 percent rise over 2013, as measured by CB Insights.

For investors, there’s plenty to love about a trillion-dollar industry that seems increasingly ripe for disruption.

“There is now a huge opportunity to disrupt the insurance space the same way the other subsectors of financial services have been disrupted,” says TX Zhou, managing partner at Karlin Ventures. “Retail investing, payments, and lending have already been shaken up by the likes of eTrade, Square and Lending Club. But now it is insurance’s turn.”

Zhou points to his most recent investment, PolicyGenius. It’s a one-year-old startup, which has raised about $6 million, provides an online system for guiding consumers through the process of buying life and disability insurance, as well as pet and renters’ insurance.

Zhou says consumers have traditionally purchased life insurance policies from insurance agents. But the average age of a U.S. insurance agent is now 59 years old, and a quarter of all insurance agents are expected to retire by 2018, according to a Mckinsey & Co report.

“That means large insurance carriers like Prudential and MetLife can no longer rely on this aging distribution channel,” he explains. “It’s also why life insurance ownership is at a 50-year low. So the carriers are very interested in exploring new channels for distribution. That opens up a wealth of opportunity for startups to create something new in this space.”

PolicyGenius says it wants to do for consumer insurance what TurboTax did for taxes: Make a complex and intimidating financial task easy enough to do it yourself online.

Take, for example, getting a life insurance quote.

“Right now, you need to have a physical checkup before you get a quote, and that can take weeks” Zhou says. “But with the wealth of data available from wearable fitness trackers, we felt the underwriting process could become almost instantaneous. A self-directed platform like PolicyGenius doesn’t require that middleman anymore, and insurance carriers are welcoming this move.”

In fact, PolicyGenius counts two large insurance providers, AXA and Transamerica, among its investors. Zhou says having the support of these two insurance companies is a stamp of approval for PolicyGenius.

Auto insurance is another fast-moving target for venture investors. Tech startups in the auto industry are breaking funding records, with investments set to exceed $100 million in 2015, according to CB Insights.

Notable deals in the space include:

For Krishna “Kittu” Kolluri, general partner at New Enterprise Associates, the attraction is clear. “Auto insurance is a $180 billion industry in the U.S. alone,” he says.

Kolluri is an early investor in MetroMile, a tech-enabled auto insurance company that provides “pay as you go” insurance, where drivers pay by the mile. A telematic device fitted to the car tracks the mileage and customers are billed monthly according to how far they drive. It’s ideal for low-risk drivers who don’t travel much.

“Basically I discovered that 60 percent of good drivers are subsidizing the remaining 40 percent of bad drivers,” says Kolluri. “That’s not fair. But that’s the insurance model.”

As a new player in the industry, Metromile doesn’t have to deal with legacy business models built around unattractive drivers. Instead, Kolluri says that the company can acquire low-risk customers at a cheaper cost than the rest of the market by using technology in a smarter way.

In fact, Kolluri believes MetroMile is a big data company that just happens to offer an insurance product. “The insurance industry has always captured a tremendous amount of data, but they’re just not doing an effective job of using it,” he says. “If you use data in a smart way you can build some very differentiated products.”

For instance, thanks to the data generated by its telematic devices, MetroMile can help its customers with their street parking schedule. “We know what side of the street you are parked on and we know the street sweeping schedule in large cities,” Kolluri he says. “So we warn you when you need to move your car. We can also inform our customers when their cars have been stolen and locate those vehicles. We actually have many more data-enabled offerings that are coming down the pike. We are just scratching the surface here.”

“By the very nature of that phenomenon, innovation is occurring in health insurance that was not previously possible,” says Amish Jain, co-founder and managing director at FirstMark Capital, which invested in Gravie, an online marketplace that helps individuals and small businesses shop online for health coverage.

“You have a system that never before had an alignment of interest between the person who is paying and the services he is consuming,” he adds. “That shift is putting a premium on value added services and creating opportunity for innovative startups.”

One such example of innovation is Oscar, a health insurance startup that rewards individuals for good behavior. Oscar provides all its members with wearable fitness trackers. Members who submit their data and achieve certain fitness goals can receive up to $240 per year in Amazon gift cards.

The company itself has been amply rewarded by investors. It’s raised $327 million to date and is now valued at more than $1.5 billion.

Another piece of good news for all insurance startups is that they enjoy a clear path to exit. “There are a number of large insurance players that are active acquirers,” says Jain, who points to Allstate’s $1 billion acquisition of online car insurance provider Esurance and UnitedHealth’s $300 billion purchase of venture-backed health insurance provider Definity Health.

“The incumbents are very eager to add some digital DNA into their organizations. And that makes it a very exciting time for startups in the space,” Jain says.