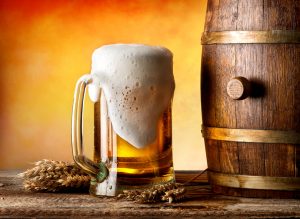 Homebrew, a San Francisco seed-stage firm, is currently in the market for its next fund, according to an LP familiar with the matter.

New institutional investors are eager to take the place of any existing backer, which may decide not to re-up or commit a smaller amount than previously amid the pressures of the covid-19 downturn, the LP familiar with the fundraise said.

Homebrew is keeping the fund small, although demand from investors by far outstrips room available in the fund, according to the LP.

Strong institutional interest in Homebrew’s new fund shows that better-known VC managers are still attractive to investors in the wake of the downturn.

Currently, there’s no regulatory filing for a new Homebrew fund.

The firm’s third $90 million fund closed in February 2018. That fund was 80 percent larger than the second $50 million fund the firm raised in 2015. At that time, Homebrew also raised $35 million for a fund to make follow-on investments, primarily in Series B deals.

Homebrew has had about 20 exits, including fintech start-up Plaid, which was acquired in January for $5.3 billion by Visa, and Cruise, a self-driving-car company that was purchased for $580 million by GM in 2016.