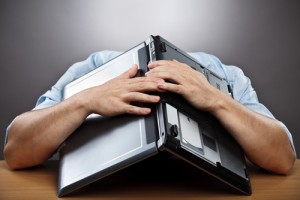 Investors were head over heels for China as recently as 2010, but times have changed.

Roughly one-fourth of the LPs, GPs and related service people surveyed are satisfied with the way that China’s alternative assets industry is developing, according to a new report out of the Chinese Venture Capital and Private Equity Association. At least, of the 67 professionals interviewed for the study — about half of whom are China-based — just 26.9% characterized the evolution of private equity and venture capital in China as “very good” or “fairly good.”

Now compare that to the 79.4%  of respondents who, in a survey taken at the end of 2010, characterized the industry’s evolution as “very good” or “fairly good.”

A number of factors, including “policy environment,” played into the somewhat negative sentiment of the individuals interviewed. Though the survey doesn’t elaborate on what specific policies are viewed as hurdles, it reports that “positive” comments about China’s policy environment dropped by nearly two-thirds — from 68.5% to just 23.9% — between 2010 and the end of last year. Meanwhile, negative comments nearly tripled over the same period, from 8.6% in 2010 to 22.4% by last year’s end.

Worries over exits were another major concern of respondents. Roughly 40% of those interviewed by the trade group pointed to exits as the most difficult challenge for the venture and private equity industries in 2012, which was much higher than in 2011, when 21.7% of respondents expressed concern over exits.

The report doesn’t mention much about ChiNext, a three-and-a-half-year-old Nasdaq-like exchange for high growth technology startups. But no doubt it has played a role in the respondents’ frustration. Last October, the China Securities Regulatory Commission stopped approving new listings to the exchange to stem growing concern that weak companies were clogging it. (Early this month, talk that securities regulators will soon resume approving IPOs on ChiNext “intensified,” according to the Wall Street Journal.)

The survey’s findings, taken at the end of last year, seem to contradict what’s happening on the ground today, though. According to VentureSource, the amount of new capital raised by China-based VC funds in the first three months of this year was $442 million. In the first three quarters of 2012, that figure was nearly three times higher at $1.27 billion.