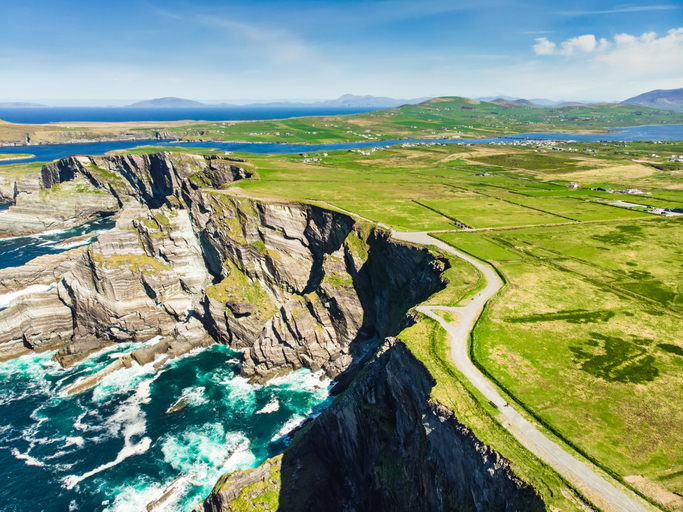 Gillian Buckley became the first female chairperson of the Irish Venture Capital Association (IVCA) in August. She’s excited for where the market is headed and proud of the progress that venture in Ireland has made so far.

Buckley is also the investment manager at Western Development Commission, a venture firm focused on developing start-ups in western Ireland. With more than 20 years of experience behind her, Buckley is incredibly bullish on the entire Irish venture ecosystem.

“Here in the west of Ireland we are very proud that we are a global headquarters for life sciences,” Buckley said. “From our perspective, Ireland is a tech powerhouse in Europe. Despite our small size, we punch very much above our weight.”

Over 90 percent of funding in the country from 2016-2018 went to tech companies, according to a study by DCU Business School. This number matches Silicon Valley and soars above the 22 percent for the rest of Europe at that time.

She points out that medtech and life sciences are particularly notable industries for the country. One of the largest deals in the country during the first half of the year was a €65.21 million Series C round in LetsGetChecked. The at-home health testing platform raised capital from HLM Venture Partners, Optum Ventures and Transformation Captial, among others.

“One of the things we want to do, both as an organization and as an industry, is to scale our own companies to become the multinationals of the future and that so they become the acquirers,” Buckley said.

She said that the market has the infrastructure to do so with an array of venture funds focused across the entire capital stack. There is also ample government support from organizations, such as Enterprise Ireland, which targets the early stages, and the Irish Strategic Investment Fund, which invests in later rounds.

Family offices have started to get on board over the last few years also.

She added that international investors are getting increasingly involved in the space, as well, and US and European investors prefer to go in on deals with local investors.

“US venture capitalists create more and more activity,” Buckley said. “Another area we are seeing growth is in the US corporate arm of the multinationals take interest. They can bring capital, but also huge value, adding access to their network and [expertise].”

Buckley hopes that the relationship between the US and Ireland venture markets will continue to grow as she sees many similarities between the two in business approach and growth.

She predicts that the markets could be increasingly intertwined as the aftermath of Brexit is fully realized and Ireland becomes the lone English-speaking nation in the European Union.

Aside from Brexit, Buckley is looking forward to helping to advance female entrepreneurs in the country and also tapping into the new emerging markets in the country like cleantech and the future of work.

“I’m passionate about entrepreneurs and supporting development,” Buckley said. “I’m a huge enabler of regional development. It’s core to my career. I really do see enterprise development and job creation as the leveler to ensure we have balanced regions in this country.”

SiSu also raised capital at the end of Q3. The Asethetics Clinic company raised a $5.5 million Series A round led by Greycroft and Bullpen Capital, with participation from Mana Ventures, and Gaingels, among others.