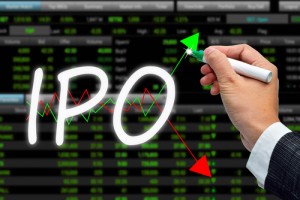 Some may call it an indication that the window for new issues remains open for highly valued tech companies, even if valuations appear to be falling overall and unicorns are losing their glow.

Nutanix, which builds server and storage systems for companies, was valued at $2 billion at its last private financing round in August 2014. The San Jose, Calif.-based company, which was the rumor of a Cisco Systems takeover last year, had raised more than $312 million from investors, including Lightspeed Venture Partners and Khosla Ventures, among others.

But despite Nutanix and other tech and biotech companies sitting in IPO registration, the number of IPOs last year dropped.

More interesting, however, is the aftermarket performance of last year’s new offerings.

True, taking a look at 2015 and the year before is not an apples-to-apples comparison. For one thing, the IPO market in 2015 was affected by a heavy dose of life science IPOs.

In 2015, 53 of the 72 VC-backed IPOs, or nearly 75 percent, were in biotech, medical or healthcare-related fields, according to a VCJ analysis. The biotech IPOs last year, however, measure similar to the tech IPOs and combined were just 9 percent ahead of their offering prices by the end of the year. This included such winners as drug developer Aclaris Therapeutics, which went out in October, but was up 145 percent from its debut price by close of the year.

Meanwhile, cancer screening company Check Cap was down 69 percent after more than 10 months of trading.

Suffice it to say, many companies will go public regardless of the stock market, current market conditions and how IPOs last year performed. That’s because many of the companies have raised large rounds in recent years and are under pressure to return cash to their investors, as well as the employees.

Mobile payment service company Square was among those pressured to go out and its share price was trading 45 percent above its IPO price at the end of last year. Online file storage company Box debuted in January 2015 and trading 4 cents below its offering price by the end of the year.

Next up to feel the pressure is Nutanix, which plans to raise $200 million in its offering, according to its S-1 filing. That target may change when the company offers a share price. The company, founded in 2009, did not disclose how many shares it would sell.

VC-backed companies in registration, in addition to Nutanix, include: 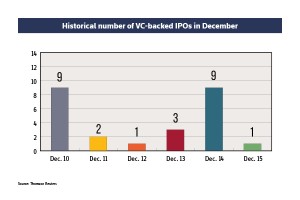 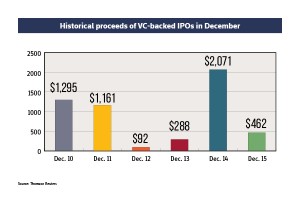 Photo illustration of IPO from Shutterstock.