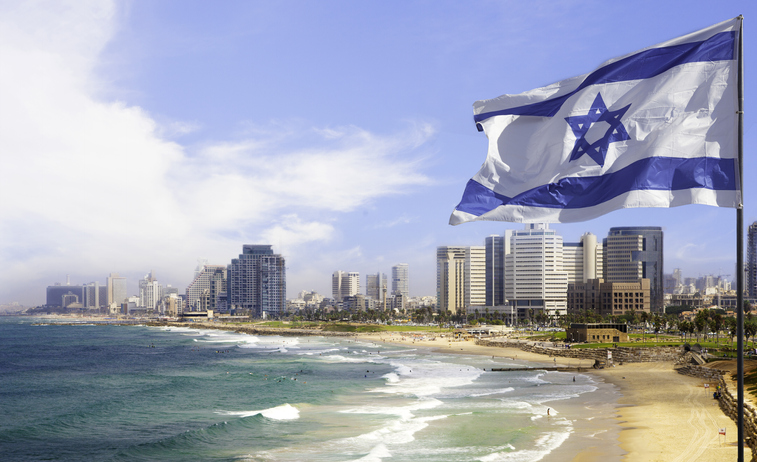 When the coronavirus started to spread outside of China, Israel was one of the first countries to lock down and restrict all travel from abroad.

This could have been a disaster for a nation whose tech and VC ecosystem is dependent on foreign customers and capital, but the country is weathering the crisis better than many initially anticipated.

“Over two months ago, we were expecting down rounds, but good companies are continuing to raise funds or are injecting more capital through convertible notes or extensions of previous rounds,” said Ronen Nir, a general partner with Viola Ventures, which bills itself as Israel’s largest tech investor, with more than $3 billion in assets under management.

In fact, this year’s deployment of venture capital through the end of June is already more than half what the country raised during all of 2019, according to preliminary data from IVC Research Center and law firm ZAG-S&W.

Some of Israel’s larger deals completed during the pandemic include BioCatch, a cybersecurity company that raised a $145 million Series C round in April, and XSight Labs, a developer of processors for high-speed data transfer, which closed a $50 million Series A in May.

Many trends emerging out of Israel during the downturn are similar to those observed in the top venture markets in the US.

“It is a story of three markets: winners, losers and everyone in-between,” said Jon Medved, chief executive and founder of OurCrowd, a crowdfunding platform based in Jerusalem. Just like in the US, the winners include companies in robotics, telemedicine and vaccine development, while the losers include companies in travel and co-working spaces, he said.

Israeli companies generally appear to have enough capital to survive a lengthy downturn. The majority of VC-backed companies have a runway of over a year, Nir said. Many have found themselves in a solid financial position in large part because fundraising has been very strong in 2018 and 2019, he said.

But even well-capitalized companies could be hurt by a US downturn, since the economies are so intertwined. “It does not matter how efficient we are in here if there are no customers to sell to in the US,” Nir said.

Restrictions on travel have been a big challenge for Israeli companies that have not yet built their US-based workforce – specifically the sales effort, Nir said. While he thinks that this is a significant short-term constraint, it could turn into a long-term opportunity for start-ups that manage to create and scale online sales teams.

Zooming is catching on

Although not all companies will find success with the remote sales model, local and foreign investors have warmed up to fundraising via Zoom relatively quickly.

“In April, US-based investors were saying we want to first have a face-to-face meeting, but by May many said, ‘We will need to adjust to a different environment. We will just do more due diligence than we did before,’” Nir said.

Significant M&A deals are also getting done remotely. For example, the $365 million sale of OptimalPlus, a Viola portfolio company, to Austin, Texas-based National Instruments was completed via Zoom, Nir said.

Investor openness to remote fundraising is important for the Israeli VC market, which is still backed primarily by capital from abroad. About 93 percent of all tech capital raised in Q1 2020 came from non-Israel-based VC funds, according to a report from IVC and  ZAG-S&W.

“Prior to the pandemic, valuations went up here, but not to the same extent as in the US. Israel remained very attractive to overseas investors,” Nir said.

“Most of that money is in later-stage deals, but maybe foreign investors will be interested in early-stage now,” Nir said.

Haim Sadger, who previously founded Sequoia Capital’s Israeli subsidiary, started S Capital in 2018 after Sequoia shut down its Israeli fund. Since then, S Capital has raised $220 million, including a $120 million second fund, which closed in April. Sequoia is an LP in S Capital, according to a source.

Another firm that was started in 2018 by an ex-Sequoia general partner is Cyberstarts.  The cybersecurity-focused VC founded by Gili Raanan announced a $100 million second fund in May.

Other funds attracting LP capital during the pandemic include Pitango Venture Capital, which in June closed on $175 million for its eighth early-stage fund, and Red Dot Capital Partners, which has raised more than $180 million toward a $200 million second fund for growth-stage investments.

While Israeli-based LPs have a significant allocation to international VC firms, many have shunned local funds since losing substantial sums in the dot-com bubble, Nir said. The Israeli government is now trying to help fill the void as part of its economic recovery plan.

Last month, the government released a plan that would provide Israeli institutions that invest in the local tech ecosystem downside protection of up to 40 percent of their capital. The government’s goal is to incentivize LPs to invest 2 billion Israeli shekels ($600 million).

Nir said that while he hopes this plan will look attractive to Israeli pensions, LPs will need to first decide if they are ready to invest locally for the long term.

“We will probably see more local GPs raise funds, but most of their LPs will likely still be foreign,” he said.