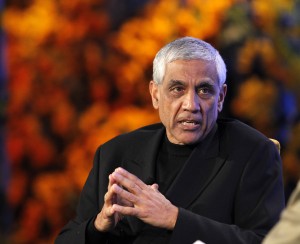 When you’re on a mission to prevent your industry from repeating a big mistake, you can get a little overzealous. That appears to be what happened to superstar VC Vinod Khosla. During a talk in which he denounced the hype surrounding nanotech and warned of a bubble, Khosla criticized plans by profitless venture-backed startup Nanosys to go public. He later took the unusual step of issuing an apology to the company.

Private Equity Week (a VCJ sister publication) first reported Khosla’s comments on June 7. Some of those comments were republished in the San Jose Mercury News on June 12. The following day Khosla, a partner at Kleiner Perkins Caufield & Byers, sent an email to PE Week and Nanosys CEO Larry Bock, saying he wanted to clarify his remarks. He issued the following statement:

“There is one very important clarification to your recent article – all of the concerns I expressed were intended to articulate my opinions about the nanotechnology’ industry generally, and not about any specific company. I was not referring to Nanosys’ business prospects or its registration statement. I have not formed any judgment on either. To the extent that anyone took my comments as indicating that I thought that Nanosys’ prospectus was false or misleading, I retract my statement and apologize to the company for any such misimpression. I certainly did not intend to imply that Nanosys or any particular company might deliberately mislead or defraud the public market. I was simply expressing my view that nanotech companies that do not yet have products may be likely to disappoint investors because nanotechnology development is at such an early stage that it is inherently unpredictable. I have expressed this opinion consistently in the past with respect to nanotechnology and other technologies.”

Khosla was traveling the week of June 14 and was unavailable for further comment.

He made the comments about Nanosys at the May 27 MIT/Stanford/UC Berkeley Nanotechnology Forum at Stanford University. During the interactive format, someone in the audience asked him what he thought about the prospects for Nanosys, which aims to be the first venture-backed nanotechnology company to go public.

Khosla replied: “Personally, I think it’s the wrong model for a company, and I think it’s a shame that they’re going public because I don’t think they are in a position to be predictable enough. And whether they are doing it knowingly or unknowingly, there is a reasonably high likelihood that they will defraud the public market, and I think that’s a shame.”

Khosla went on to say: “And I would say that because Nanosys is going public people who are involved approach companies [inaudible words] and say, We can take you public.’ Because bankers are out to make that 6% commission that they make on the public offering. And I think it’s irresponsible of bankers. I have companies that have been approached who have been told we can take you public today. My answer to the CEO was, If you’re wasting your time talking to bankers you’re not the right CEO. I feel pretty strongly about that.”

Nanosys has declined to comment on the remarks. It is in a quiet period as part of its planned IPO. The Palo Alto, Calif.-based company filed an S-1 statement with the SEC on April 22 declaring its intent to raise $115 million through an IPO.

At least one person who attended Khosla’s presentation said that he didn’t take the comments on Nanosys as gospel. John Sakai, who advises Hitachi Chemical Co. Ltd. on new technologies and venture investment strategies, said in a phone interview after the event that Nanosys’s planned IPO appears to be “kind of early,” but he noted that he really doesn’t know enough about the company to have an informed opinion. Also, he wondered whether or not Kleiner Perkins has a startup in its portfolio that competes with Nanosys.

Joel Martin, a nanotech expert and general partner at Forward Ventures in San Diego, declined to say if Nanosys’ planned IPO was a good or bad idea. (He did not attend Khosla’s talk.)

“It will depend a lot on what happens to the IPO,” Martin says. “If it gets done and takes off, everyone will be enthusiastic to do the same.” However, Martin noted that Quantum Dot, a nanotech company he co-founded and where he remains chairman, is taking a “quiet, measured approach” and has no plans to file for an IPO. Founded in 1998, Quantum Dot has products on the market and has been approached by investment bankers, but “we feel there is no rush,” Martin says.

How the public markets react to a Nanosys IPO will help determine if they are willing to give nanotech companies the latitude given to biotechnology companies, says Wasiq Bokhari, a managing partner of Quantum Insight, a Menlo Park, Calif.-based consulting firm that has done due diligence on Nanosys and other nanotech companies for VCs and others.

Like biotech companies, most nanotech companies “don’t have products yet, but they’re working on interesting things that may be very promising,” Bokhari says. “Is that enough for them to take the next step and go public? Are the public markets willing to give nanotech companies the time to convert their promise into products?”