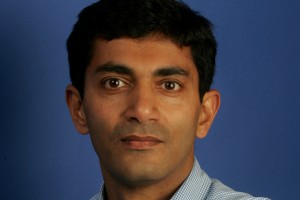 (Reuters) – California’s privacy laws have saved a high-profile venture capital firm from having to release potentially embarrassing information about a former partner in a discrimination lawsuit by a former female partner.

A judge ruled Kleiner Perkins Caufield & Byers, defending itself against allegations of discrimination and retaliation, will be able to keep to itself any other harassment complaints against former male partner at the center of the lawsuit, Ajit Nazre, in part because producing such complaints would hurt the privacy rights of other Kleiner employees.

The suit, brought in 2012 by former partner Ellen Pao, claims discrimination and retaliation at the firm and helped kick off a broad and ongoing discussion in Silicon Valley about sexism in technology.

Both Pao and a spokeswoman for Kleiner declined to comment on the judge’s order.

Pao alleges the firm held her back from a promotion and better compensation after she complained about harassment by Nazre. Kleiner denies the allegations. Nazre no longer works at the firm.

In his July 28 order, only recently made public, the judge granted a partial victory to Pao by allowing her lawyers to see some documents surrounding Nazre’s 2007 promotion to senior partner and his 2012 departure from the firm.

Pao’s lawyers can also see performance reviews for some junior partners hired within about two years of Pao who won promotions, but not for others who didn’t get promoted, the judge ruled.

The lawyers will be able to review any guidelines or criteria for the allocation to junior partners of a lucrative type of compensation known as carried interest, but Kleiner doesn’t have to conduct an email review for those documents, the judge said.

Another partner at the firm also complained about harassment from Nazre, according to the suit. But Pao’s lawyers won’t be able to view that complaint because it lacks enough relevance to overcome the privacy interests of third parties, the judge wrote, echoing his reasoning on why he turned down some of the other requests.

Pao had said in her suit that she “succumbed” to a brief affair with Nazre him in 2006 after he harassed her. Her subsequent refusal to continue a romantic relationship led to retaliation and discrimination, she claimed.

Weighing relevance against privacy in employment cases “is the appropriate approach,” said Kathleen Lucas, a San Francisco plaintiffs’ lawyer specializing in employment. “But how it gets weighed is such an individualized matter that different judges come out differently on exactly the same issues.”

A trial is currently scheduled for February.